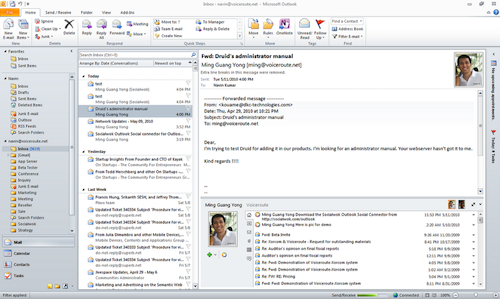 Zuckerberg will give Sawyer a tour of Facebook’s Palo Alto, CA headquarters and then sit down with ABC’s main news anchor to presumedly discuss a range of issues.

Those issues would most likely include Facebook’s recent privacy issues, the site nearing 500 million users (could Zuckerberg actually make the announcement on ABC? Would make sense) and the upcoming movie about him and Facebook, “The Social Network”.

“Facebook has redefined the way a generation organizes and communicates.  Politicians, from President Obama to Sarah Palin, have used the medium as a tool to rally and connect with their supporters.”

Though Zuckerberg has been in the spotlight numerous times before, this may well be the highest level of exposure that he has ever received, especially on nationwide television (we’d imagine The Social Network will eclipse this, most likely, though of course, that’s an actor). The interview will run this Wednesday, July 21.