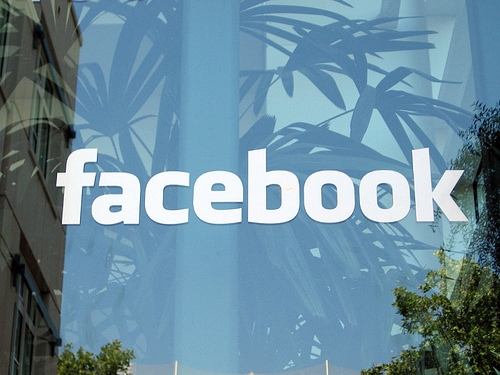 A man named Paul D. Ceglia has sued both Mark Zuckerberg and Facebook in New York’s Allegany County State Supreme Court, claiming he owns 84% of the company according to a supposed contract he’s produced between him and Mark Zuckerberg dating to April 2003.

Ceglia, has also, according to the Wall Street Journal, been accused by New York’s Attorney General for defrauding his customers for $200,000 in another open case.

While a judge is hearing the case – and most significantly at this point has leveraged a temporary restraining order against Facebook transferring any of its assets – but from what the Wall Street Journal and other news outlets have relayed, there are many, many questions that need to be answered.

First of all, Ceglia says that Zuckerberg agreed to pay him $1,000 and 50% of his company (i.e. Facebook) plus an additional 1% of Facebook equity for every day after 30 days that the work wasn’t completed (why Zuckerberg would agree to giving away half or more of his idea – if this is true – is pretty hard to grasp).

But in a comment on the WSJ,  a commenter calling himself “Jason Hanna” said he has read the contract (if anyone has the link to the legal filing please let us know in the comments) says that it is the other way around:

“Bizarre. I just download the legal filing myself. The seller in this contract is in fact Mr. Zuckerberg and the Buyer is Mr. Ceglia. It is a “work for hire contract” in which Mr. Ceglia is the purchaser of services to be performed by Mr. Zuckerberg for the StreetFax Database – owned by StreetFax LLC (i.e. Paul Ceglia’s enterprise).

If I’m interpreting this correctly (I’m not a lawyer) Mr. Zuckerberg agreed to give away equity in his own company (i.e. FaceBook) to work for Mr. Ceglia and receive a $1000 payment? Why delivery of services to StreetFax LLC would be tied to equity in Facebook, and the go-live date of Facebook, is completely nonsensical. It all seems quite suspicious.”

The local newspaper where the case is currently being heard (Facebook has reportedly asked the case to be moved to federal court) had this to say:

“Court officials confirmed Ceglia is claiming because of a written contract with Zuckerberg, Ceglia is asking for a “declaratory judgement that defines ownership rights.” and he’s seeking 85 percent [Editor’s note: this sentence is why we originally thought it was 85%, see below] of ownership of Facebook. It has to do with the “formation of the entity,” court officials said.”

However, as the WSJ points out, the timeline for this contract does not seem to line up with other accounts of the formation of Facebook, as Zuckerberg didn’t even register thefacebook.com until January 2004, though he had an earlier version called Facemash in October/November 2003. As this is in a court and a judge has leveraged a restraining order against Facebook, we’ll keep an eye on this story, but, as Facebook told the WSJ, “We believe this suit is completely frivolous and we will fight it vigorously.”

UPDATES: There we conflicting reports on what percentage that Ceglia was claiming of Facebook (some had 85% some had 84%, we went with 85%) but now thanks to our commenter below we have the actually legal filing of the complaint and it indeed says 84%, so we’ve updated the post. Also here is the motion that Facebook has filed to dissolve the temporary restraining order.

Read next: Two Guys Conquer YouTube For Profit And Glory