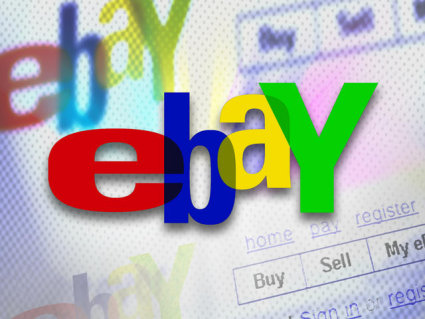 Another day, another major lawsuit. This time, a company called XPRT Ventures LLC has sued eBay for allegedly stealing “the idea and method of payment used in eBay’s PayPal and similar electronic payment systems” according to the press release put out by the XPRT’s lawyers Kelley Drye & Warren LLP.

XPRT doesn’t seem to have a website that we can find, and only seems to show up on Google searches either for this story or regarding patents (pending or otherwise, not sure), such as this one (and interestingly shows up on at least one webpage on PatentVest about patents related somehow to eBay – not a patent lawyer here, so if someone can please explain in the comments, please do).

Here is the meat of the press release by XPRT’s lawyers (here’s a PDF of the full complaint), and we’ll certainly keep an eye on how this case unfolds as well as will ask eBay for comment [Update: an eBay company spokesperson got back to us and had this to say: “We are reviewing the complaint filed today. We believe it is without merit, and intend to defend ourselves vigorously.”]

“XPRT VENTURES, LLC, which holds significant patents covering e-commerce payment systems and methods, today announced that it has filed a lawsuit against eBay, Inc, its subsidiaries, PayPal, Inc. and Bill Me Later Inc., Shopping.com, Inc., and StubHub, Inc.  The lawsuit, filed in the United States District Court for the District of Delaware, asserts trade secret theft and patent infringement claims with respect to six XPRT patents.  In a nutshell, XPRT asserts eBay unfairly stole the idea and method of payment used in eBay’s PayPal and similar electronic payment systems.  The suit seeks monetary damages in excess of $3.8 billion.

The complaint alleges that the Inventors listed on XPRT’s patents shared their patent applications, and ideas on how to implement such concepts taught therein, with eBay in confidence. eBay incorporated such inventive concepts and ideas into its auction payment process during current California gubernatorial candidate Meg Whitman’s tenure as eBay’s CEO.  eBay’s unauthorized incorporation was a misuse of Inventors’ confidential and proprietary material.

XPRT claims that eBay’s upper management knew or should have known, that the unauthorized use of Inventors’ confidential and proprietary material ran the risk of patent infringement if XPRT’s patent applications issued as patents.