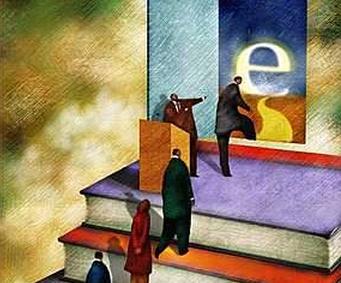 We have been covering the growing e-book market very carefully over the last few months. There has been near weekly movement in the sector, and with nothing less than the future of a huge slice of the media world at stake it is hard to ignore. Apple has been making waves with its iBooks platform, but no one is sure if it has a real shot against the more entrenched players in the e-book market.

Hype does not have a direct one to one correlation into sales figures.

Surely the iPad itself is selling well, but on that device Apple is forced to compete with Kindle, Kobo, Stanza, Barnes and Noble, and Borders among others. That is a stiff collection of competitors for the new iBooks application which still suffers form a title shortage that Apple has yet to fully remedy.

Not to mention its massive multi-platform strategy, Kindle appears in the mind of the average consumer to be synonymous with e-books. The Google search data sums it up:

Despite the literally endless free promotion that iPad and iBooks have received in the last few months, Kindle is burying Apple’s reading solution around the world. Its also worth nothing that the Nook is also ahead of iBooks, putting Steve Job’s market position in third place, most likely ahead of Sony.

This market is young, but so long as the Kindle has been out it has ruled the roost. iBooks has yet to live up to its massive launch.