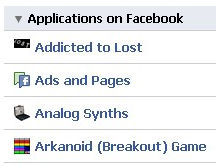 Add Borders to the list of booksellers that has its own ebook reader. With the “Kobo“, Borders  joins Amazon with the Kindle and Barnes & Noble with the Nook in the battle for the non-iPad-ebook-reader market.

Dropping Sony’s ebook reader, Borders’s Kobo has one major advantage right now over its competitors – it’s over $100 cheaper. Of course, content (and content pricing) is really king, so it will be interesting to see if Borders continues the downward pricing spiral with less expensive ebooks than its competitors (which publishers would certainly balk at).

The Kobo is being introduced at a key moment, as the iPad is quickly being recognized as a suitable (though non-e-ink) ebook reader and as Google has just announced that they will enter the ebook sales market this summer. Whether the Kobo’s pricing further erodes Amazon’s previous hold on this market will be interesting to watch (Amazon could of course just lower the price of the Kindle, which they may be forced to do anyway to compete with the iPad).

Other than the very attractive price tag (think students, always think students), the Kobo specs on the Kobo seem decent, with a two-week battery life, 1G of storage, supports ePUB, PDF, and Adobe DRM formats, comes with 100 preloaded classic books, has a nifty looking 4-way D-pad and a rubberized back and is sized at 4.7 x 7.2 x 0.4 inches all weighing less than 8 ounces.

Connectivity, however, seems like it could be a problem. The device doesn’t seem to have a 3G connection (the Kindle has an always on free one). Instead, users will have to (gulp) install a desktop app, buy their books through that and then plug the Kobo into a computer with a USB cable – OR – sync to a mobile/computer with Bluetooth (which of course could have all kinds of problems, only actual usage will tell). In our minds, this is a major drawback.

The Kobo is available for pre-order now for $149.99 (including free shipping in the US) and will be available on June 17. Here’s some more images:

Read next: Picklive could change the way you watch TV sport