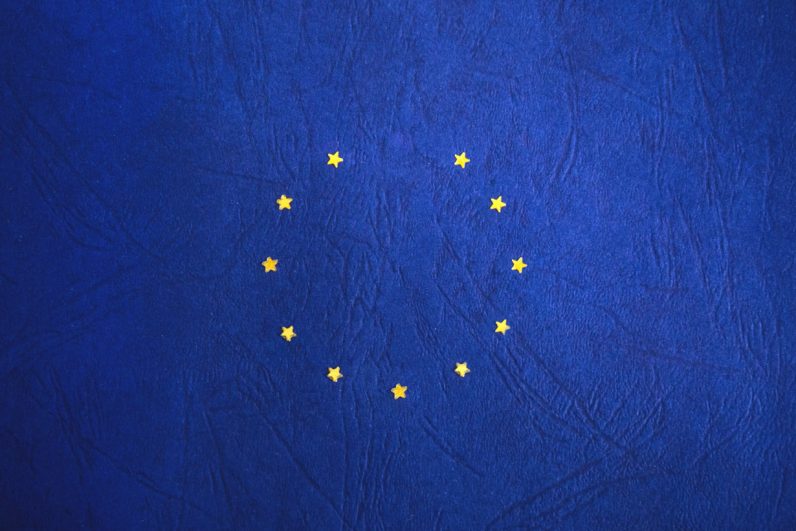 Brexit is imminent. While the debate around the terms of the UK’s departure from the European Union is framed as a battle between “leavers” and “remainers,” it’s often easy to forget that there are over three million EU citizens caught in the middle.

Some of these people have lived in the UK for over 40 years. They’ve bought homes here. They’ve raised kids here. And now, freedom of movement, the very mechanism that allowed them to make Britain their home, is being removed.

The British government has pledged that those currently living in the UK can apply for something called “settled status,” which would allow EU citizens living in the UK to retain the rights they presently hold. All they need to do is complete a form and wait.

Simple, right? Well, not quite.

Processing the residency status of over three million people is no small feat. To make things easier, the government has launched an app allowing people to submit their documents for verification without having to mail the originals.

Sounds straightforward. So, what’s the big deal? Well, a couple of things:

The fact that the app doesn’t work on iOS is utterly bizarre, considering it represents almost half of the UK smartphones. In September 2018, Android and iOS commanded 49.96 and 49.24 percent of the market respectively, with BlackBerry OS and Windows Phone sharing the scraps.

Given this app is integral to a process that determines whether people can continue living in their own homes, it’s utterly bizarre to limit it.

Further complicating things is the requirement that users have a phone with a built-in NFC radio. Although NFC is an increasingly common feature in modern Android phones, its presence isn’t guaranteed.

NFC isn’t exactly a standard feature on entry-level phones, particularly those in the bargain-basement £30-100 price mark. If you’re making do with a cheap PAYG (pay-as-you-go) handset, you might struggle to register your documents before the cut-off date.

Similarly, you’re unlikely to find NFC on older handsets, which is bad news for those who are reluctant to upgrade their phones, or are making do with a hand-me-down from their children.

In the official documentation for the app, the government suggests that those without a compatible phone borrow someone else’s. Failing that, they can pay someone to scan their documents for them.

As a disabled EU citizen in the UK who’s lived here for years, I can only apply for settled status through @ukhomeoffice’s 📲 app or ID document scanner location 🏤. The app is only accessible w/ an Android which I don’t have, and🏤is far. See the conundrum?! #RemoveBarriers 😡😤

There’s also the option for applicants to mail off their documents to the Home Office for manual inspection and processing. Obviously, this takes time. If you need to travel — either for work, or perhaps to visit family members — this isn’t much of an option.

Consequences bigger than an app

According to Adam Blacker, VP of Mobile Research at Apptopia, the UK’s Brexit document submissions app has been downloaded over 40,000 times. That’s a tiny percentage of the total number of people who will need to register with the UK government.

At the time of writing, the app has a rating of just 2.7 stars on the Google Play Store. Of its 246 reviews, 113 have rated it as one star. Most complaints mention camera issues and problems in capturing passport RFID information.

EU citizens are struggling with the government's new app to apply to stay in the UK after Brexit, with one man finding it failed on three different phones.https://t.co/30O9MTVPuA

That’s just not good enough. It’s crucial that the government gets this right. The right of EU nationals to continue living as they presently do hangs in the balance.

After the Windrush scandal, few people have confidence in the government’s ability to promptly and properly register all EU citizens currently living in the UK. Conferring settled status on over three million people will be one of the biggest challenges faced by the UK’s Home Office in its entire 236-year history.

With the clock ticking down to March 29, and no guarantee of a transition period, there’s no time to mess around with half-baked apps that most people can’t use anyway.

Read next: The quiet threat inside 'internet of things' devices