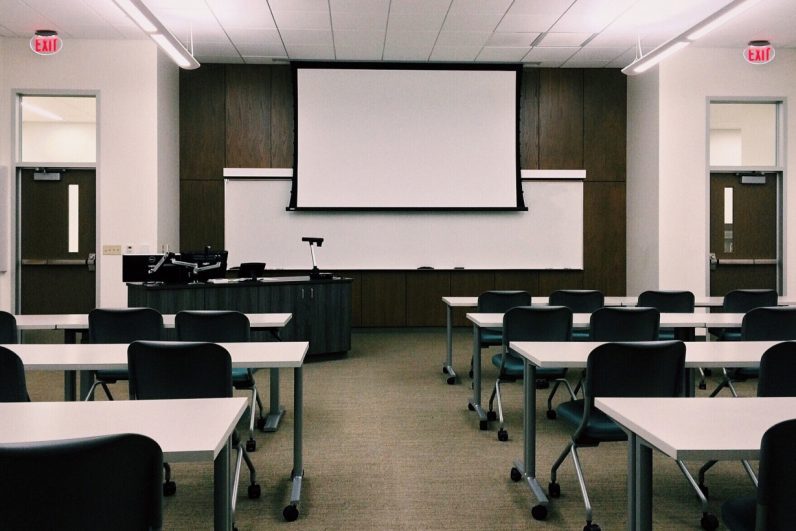 The Royal Society today released a damning report highlighting the woeful state of computer science education in England. There’s bad news all around, but here are the headline figures: 54 percent of English schools don’t offer Computer Science GCSEs; only 1 in 5 Computer Science GCSE students are girls; and England is failing to recruit enough specialist teachers, only hitting 68 percent of its target.

In short, it’s bad. How is it that the country that gave the world the Sinclair Spectrum, the ARM chip, and the Grand Theft Auto series struggles to teach its kids how to code?

Probably because, for an awfully long time, teaching programming wasn’t really seen as a priority. Computing and Computer Science classes were few and far between, with most schools offering ICT (Information and Communication Technology) instead. The curriculum for this focused overwhelmingly on computer literacy — or, more accurately, using Microsoft Office.

The end result was Britain was ill-equipped for the transition to the so-called knowledge economy, and the startup revolution that’s taken place over the last few years.

Fortunately, the UK eventually clocked on to the fact that this wasn’t ideal. In 2015, David Cameron’s government announced plans to discontinue the long-maligned ICT course at GCSE and A-Level. It has also slowly introduced computer science at every stage of the school system, with kids as young as four learning the fundamentals of programming. But as this report shows, progress is still really patchy.

The Royal Society has called for the government to increase its investment in computer science education tenfold, saying “Unless the government urgently invests £60m in computing education over the next five years – a tenfold increase from current levels that puts it on par with support for maths and physics – an entire generation may never unlock the full potential of new technologies such as robotics, artificial intelligence and machine learning.”

It has also called for the teaching of 8,000 specialist computer science high school teachers. That’s likely going to be a big ask; for starters, developers tend to earn much more than teachers. Teaching is also a particularly hard, bureaucratic job in the UK, with long hours. It’s for that reason why the UK experiences such a high rate of attrition in the education sector, with almost a third of teachers quitting after five years — and many more expressing a desire to quit.

After Brexit, the need to produce more programmers will become even more acute, as UK firms will almost certainly face obstacles in bringing in techies from the continent, as a result of tougher immigration controls. Services are likely to be one of the sectors more likely to emerge unscathed after a so-called “hard brexit,” making the need to train coders even more pertinent.

Fortunately, there’s room for optimism. Over in the private and tertiary sector, initiatives like the Raspberry Pi and the BBC Micro:Bit have made programming even more accessible. The UK has also seen a growth of code clubs, where volunteers spend their spare time teaching youngsters the basics of software development.

It seems that although the formal education system is failing in this regard, others are happy to pick up the slack.