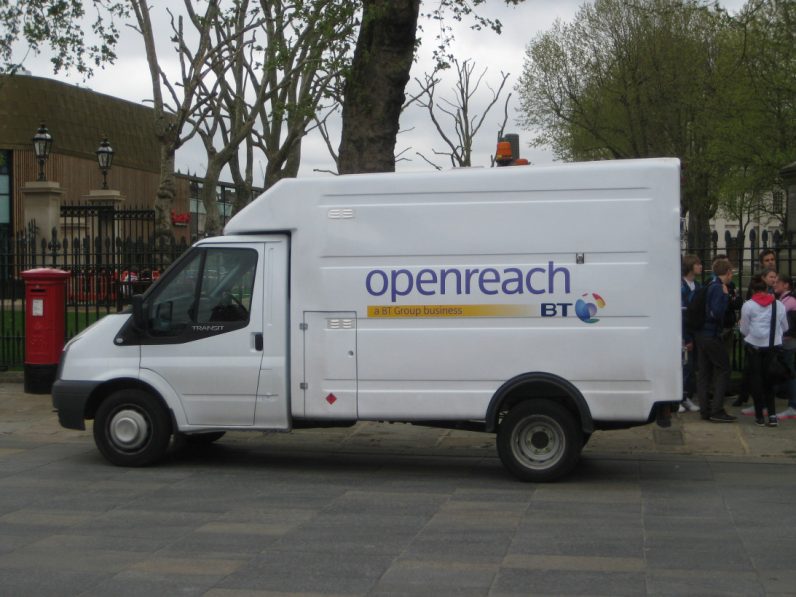 The hamlet of Templeton, in England’s picturesque Devon region, is about as remote as you can get. It sits nestled among other tiny villages with quintessentially English names, like Puddington, Black Dog, and Cheriton Fitzpane. As a result of its remoteness, it suffers from extremely slow Internet speeds, with residents reportedly receiving less than a megabit per second.

In protest, the people of Templeton decided to mark bonfire night by setting ablaze an effigy of a BT Openreach van. BT Openreach is one of the few Internet infrastructure providers in the UK, along with Virgin Media and Talk Talk. It’s also, by far, the biggest.

The effigy was 150 percent bigger than the original. It also had the “Open” in “Openreach” struck through, and replaced with “won’t.” If you’re curious to see what it looked like on flame, local paper Devon Live has some decent pics.

But these Internet issues have had a significant impact on Templeton’s people. They’re effectively prevented from using services like Spotify or Netflix. School children struggle with their homework. And due to the abysmal speeds offered via the traditional copper connections, some residents have been forced to invest in expensive 4G antennas, which isn’t a perfect solution.

For starters, reception is pretty spotty. Speaking to Devon Live, one local, Adam Short, said “There really are very few places in our village where a 2G phone signal can be reliably found, let alone 4G.” He also said that some providers throttle speeds, or terminate connections after a period of time.

Ultimately, Templeton is a victim of its own remoteness. The same attributes that make it such an enticing place to live — tranquillity, and distance from the metropolitan hustle and bustle — also make it uneconomical for BT Openreach to lay down fibre.

Speaking to Devon Live, a BT Openreach spokesperson said the company is “working hard to find alternative ways of bringing faster broadband to residents,” noting that the company has completed initial surveys of the hamlet, to see if it can improve speeds. They also noted that they’re looking at a partnership with mobile network EE to see if it can more widely deploy 4G broadband to the inhabitants of the tiny hamlet.

Read next: How you can detect hackers in your encrypted traffic