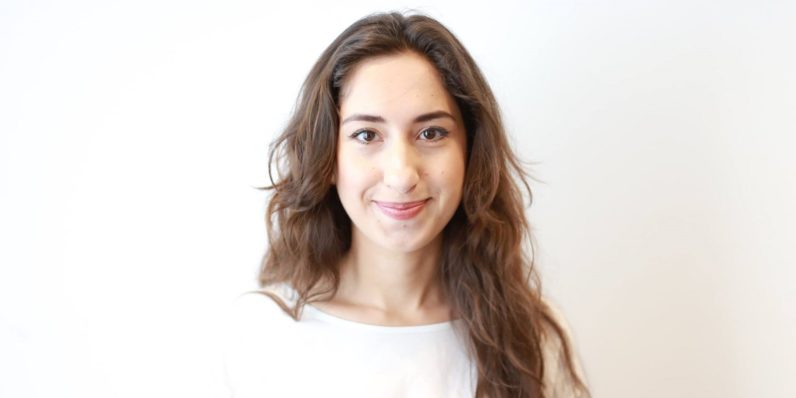 When I initially spoke to Sophia Mahfooz, I was mostly interested in her new promotion within Girls in Tech (GiT), a non-profit focused on getting women around the world a chance at proper STEM education and employment. She had recently been appointed Chief Operations Officer, and was now responsible for GiT’s female-only pitch competition, AMPLIFY.

Mahfooz has a pleasant English-accented voice, and she’s very easy to both listen and talk to. When I mention a favorite true crime writer in passing, she asks me to send her links to some of his stories. Put a couple of cups of Earl Grey between us, and I’d probably be able to speak with her for a good few minutes without once discussing the subject we’d originally intended to talk about.

Mahfooz was offering me an inside look at program designed to benefit women who might otherwise be overlooked in the tech world, which seemed plenty interesting on its own. The fact that she was a British-Afghani immigrant who’d successfully broken into the Silicon Valley tech scene was just added color, so I thought.

But from the moment we started talking, it was obvious there was more to her story than that. When she talked about being an immigrant, she told me that she carried that as part of her identity and it had played a large part in shaping who she was.

Given the challenges currently faced by young immigrants after the abolition of the Deferred Action for Childhood Arrivals, I thought her story as an immigrant and refugee was too interesting to gloss over.

Growing up as a refugee

Mahfooz’s parents lived in Kabul, a major city in Afghanistan. Her family didn’t initially want to leave, but was forced to when their house was bombed during the Soviet and Taliban conflicts that ravaged the country for decades.

“Everyone who had money or education fled the country. My family was very patriotic, and my father was convinced it would pass,” said Mahfooz.

She sounded relatively sanguine about the events before her birth, but spoke with passion about the bravery and toughness of her parents. “I can’t even fathom how challenging it must have been.”

Mahfooz was born, premature, in a border town as her family fled the country. Due to the uniquely trying circumstances of her birth, her parents call her “The Miracle Child.”

Until the age of 20, Mahfooz didn’t have a birth certificate. When I talked to her about the problems immigrants face when trying to get a quality STEM education, she noted that being a child immigrant is far from easy to begin with:

It’s not something that can be changed overnight. You can’t just move to another country and you’re set. The trauma stays. The challenges stay.

Mahfooz got her education from ad hoc schools in Peshawar, a city in Pakistan near the Kyber Pass where her family stayed after fleeing Afghanistan. The schools were mostly run by academic refugees, and were intended to assist in the assimilation of refugee children. Mahfooz describes those years as some of the toughest of her life, due to her father’s frequent illnesses.

When she was seven, they moved again to London. Mahfooz was put in a program for gifted children, which she attributes to the accelerated incentives of being a refugee as a child. She described being a child of two worlds growing up in the UK:

If you looked at me, I looked like any other student. You’d never think I was a refugee. I picked up the language within three months. From there on, it was like nothing had happened. I let that be my life. I had two identities: Sophia in public, and Sophia at home. When I was home, I ate different food, spoke different languages, had different memories from the ones I shared in public. It didn’t occur to me until I was in college that my experience was different.

Mahfooz attended University College London. She chose it because of its founding principle of complete secularity — anyone could attend, regardless of religion. Its notable alumni include Mahatma Gandhi, Francis Crick, Alexander Graham Bell, and Peter Higgs. “This was the international community I wanted to be a part of,” she said.

When I asked Mahfooz how and why she got into the tech scene, I could practically hear her light up. She describes how she switched majors during her undergraduate years in UCL after she entered a pitch competition. At the time, she wanted to be a doctor, and she pitched a medical wearable that detected cardiovascular health.

“That’s when I discovered what I really wanted to do,” she said. “That pitch competition was one of the few times in my life where I felt optimistic and alive.”

She entered multiple pitch competitions, each with different ideas — in at least one she placed with a pitch for an entertainment industry recruitment app. She moved to Silicon Valley and attended Draper University, where she was mentored by Tim Draper and later mentored in turn.

Mahfooz spoke of Draper University’s survival training — in which entrepreneurs at the school were taken into the wilderness and told to survive for a week — in glowing terms, and I had to bite my tongue to keep myself from saying otherwise. I probably wouldn’t have been able to perform well under such circumstances.

One thing she noted to me was the conversation of diversity within Silicon Valley — namely, that it was happening at all. She was fascinated with Silicon Valley culture, and the diversity initiatives which she feels are lacking in the UK. Here, she says, there are actually programs designed to help women and minorities make it in tech, which she says isn’t as common in the UK.

When I asked her what it was like being an immigrant — from two countries, no less — in Silicon Valley, she said she believed it gave her an advantage over others. “When you’re an immigrant, you’re a lot more aware of the challenges, and more willing to sacrifice things and make changes.”

Girls in Tech, and giving back

Mahfooz joined Girls in Tech in March 2016 after being introduced to its founder, Adriana Gascoigne. She was appointed its head of partnerships later that year. Moving swiftly up the ranks, she was appointed COO last month.

Her next big project is GiT’s AMPLIFY competition, which takes place on October 18.

In describing the female-only pitch competition, Mahfooz told me with excitement how she wants to give to other women the same experience she had in college:

Taking part in competitions like this and getting recognition for my work was fundamental in shaping how I thought about myself and what I could do in the world.

She said AMPLIFY, and Girls in Tech in general, aims to create the sort of social support system that hasn’t been available to women in previous decades. “It’s important to show that there are extraordinary female entrepreneurs, in every field from healthcare to fintech to neuroscience.”

By working with GiT, Mahfooz is also giving back in another way: the non-profit’s focus on getting women proper access to technical education extends to her birth country of Afghanistan. She said she’s eager to explore ways of empowering the women of the country while also working within the bounds of local culture.

Mahfooz also is quick to acknowledge her roots, and the decades it took for her displaced family to reach stability. To fellow immigrant entrepreneurs, she said these words of encouragement:

For refugees and immigrants alike, one of the biggest mental barriers is the mentality of scarcity. The rug has been pulled from under you. The advice I would give to them is: use your disadvantage as a launchpad. It’s through that friction and adversity that you will come up with the most creative solutions.

Read next: The strategy and factors behind a successful binary trading platform