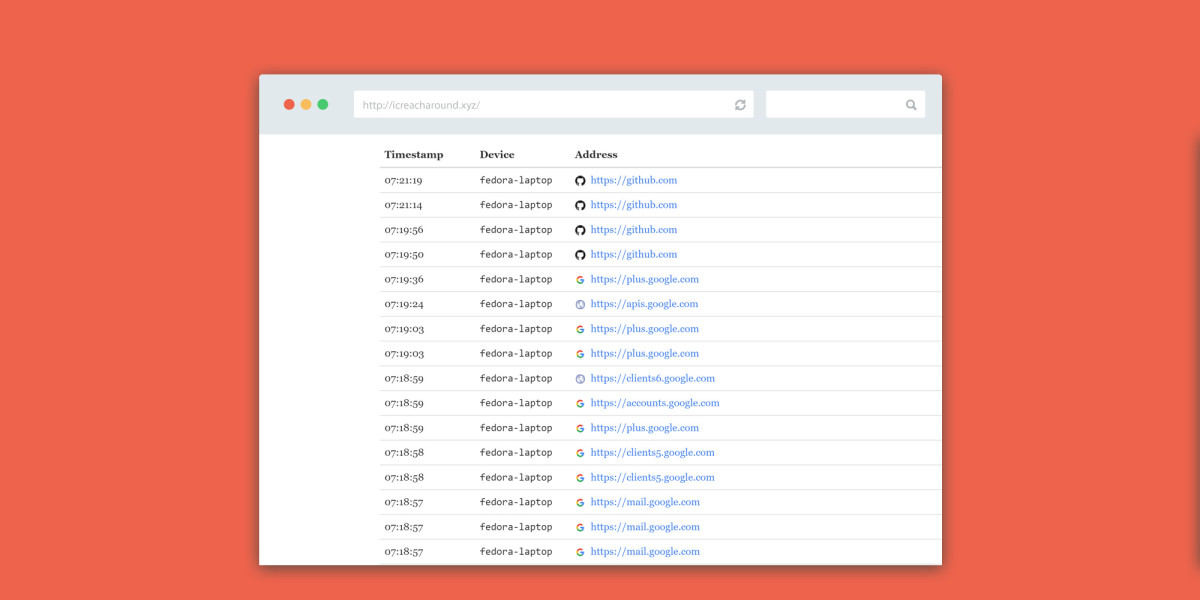 Security researcher Brett Lempereur has nothing to hide in his browsing activity. Or maybe he does. Regardless, anyone in the world can see which sites he’s visiting in real-time on this page.

UK-based Lempereur’s project, ICREACHAround, is “an attempt to show the amount of information that will be available about you without and with a warrant if the new Investigatory Powers Bill comes into force in its current form.”

The bill, which was published last week, requires internet service providers to store records of all of its users’ browsing activity for 12 months and allow police and security forces to access them.

ICREACHAround is named in reference to ICREACH, a search engine built by the US’ National Security Agency to allow nearly two dozen government agencies to sift through 850 billion records about citizens’ phone calls, emails, cellphone locations, and chats.

As detailed in the bill, Lempereur’s page only displays the domains he’s visiting and not the complete URLs, but it still gives you enough of an idea of his online activity.

At the time of writing, it shows that Lempereur has been spending time accessing his email, chatting on Hangouts, and browsing GitHub. He warns that not all the domains listed on the page will point to tame content.

Now that the bill has been published, MPs and judges will scrutinize its details to learn how it will work in the real world and whether it complies with existing UK and European laws.

It will pass on its analysis to a parliamentary committee, which will then publish a report with its recommendations to the government. It will then be debated and voted on by both the House of Commons and the House of Lords.