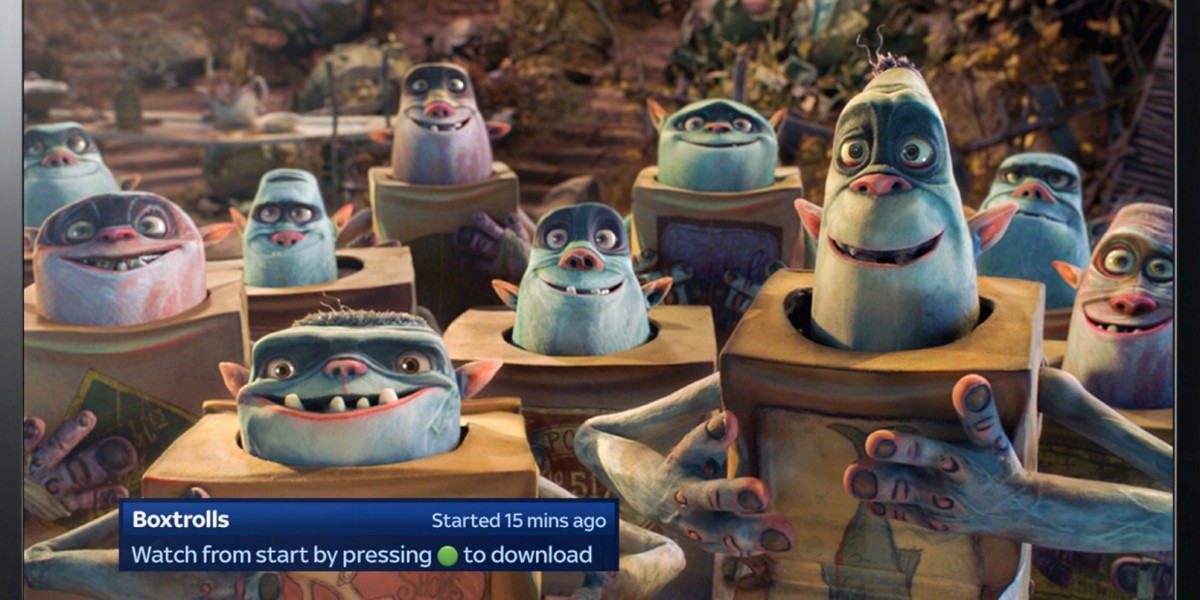 Sky+ HD subscribers in the UK will begin to see a few movie-focused tweaks to the interface on their Sky boxes from today, including a new movie recommendation service called ‘More Like This’.

The recommendation service is accessible via the yellow button on the controller when you’re already looking at another single title. So, if you’re looking at a listing for ‘Ice Age 2’ and press the button, it might suggest ‘The Lego Movie’ or ‘The BoxTrolls’.

You can also now (finally) create a watchlist of movies that are available that you want to work your way through. To add a title to your list you just need to press the green button while browsing the listings.

The company is also introducing a feature that was already available to Sky’s customers in Italy that lets you restart a live broadcast movie from the beginning. To use the ‘Watch from Start’ option, you need to press the green button and it’ll download the whole movie (including the bit you’ve missed) so you can start it again at your leisure.

Sky says it will begin to incorporate Rotten Tomatoes movie scores as star ratings before the end of the year, too.

The focus on its profitable pay-per-view and subscription movie services, isn’t altogether surprising – if it’s easier for you to find a movie you want to rent, then it’s more likely you’ll end up handing over some money.

That said, endlessly scrolling through listings isn’t much fun either, so it’s a win-win for everyone involved, if you’re a movie fan.

Read next: Sky’s new £15 Now TV box is still the cheapest way to own a ‘Roku’

Read next: GIFs just got a whole lot smarter