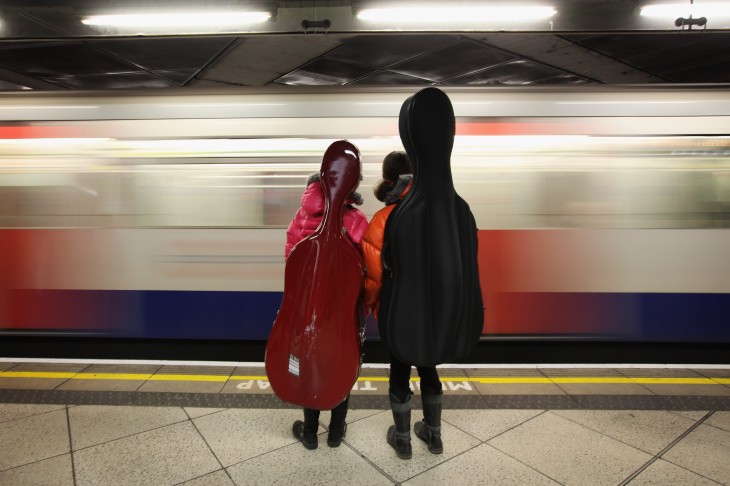 Paying for a ticket on the London Underground, Overground and Docklands Light Railway (DLR) is about to get much simpler.

From September 16, all of these transport options will support contactless payments, allowing commuters to ‘tap-in’ with any supported credit, debit or pre-paid cards, as well as relevant smartphone apps and wearables.

The launch will, in essence, give you the ability to leave your Oyster card at home; while this alone is pretty convenient, it also means you won’t have to keep topping up. Contactless payment methods are tied to your bank account, so you can keep swiping and not have to worry about hitting zero.

Similar to the current Oyster system, Transport for London will calculate a pay-as-you-go fare as you touch in and out of the various readers scattered across the city. The daily fare cap that Oyster users benefit from will also be implemented, alongside a new weekly fare between Monday and Sunday. Furthermore, only one payment will be taken from your bank account each day.

Contactless payments have been supported on the London bus network since December 2012. There has been little backlash to the scheme, although clearly a roll-out on the entire Transport for London network could give rise to new, unexpected problems. A pilot scheme with 3,000 travelers was conducted in April, so hopefully it’ll be implemented without a hitch.

To coincide with the announcement, EE today announced that its subscribers will be able to pay using an app called ‘Cash on Tap.’ It’s available for select Android devices, including the Samsung Galaxy S5 and S4, Sony Xperia Z2, Samsung Galaxy Note 3 and HTC One. EE says it will be compatible with over 500,000 devices before the end of the year.