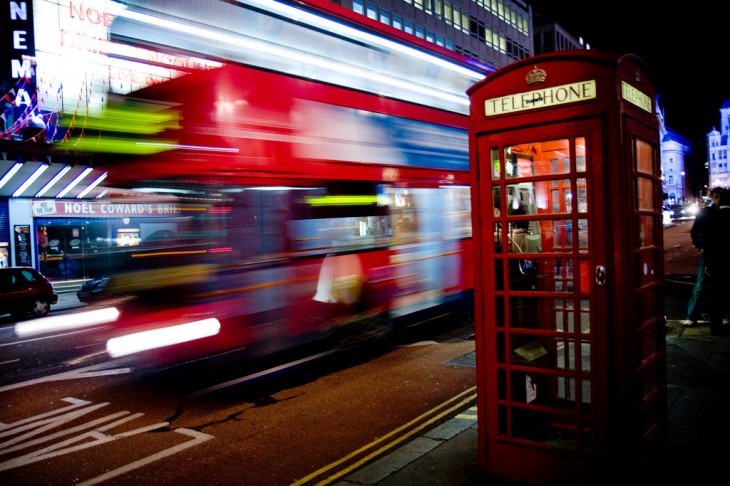 While plans to roll out contactless payments across the London Underground are on hold until 2013, the whole fleet of London buses ais now able to handle wireless payments using a MasterCard or Maestro card, offering the same discounts offered to Oyster card owners.

Computing.co.uk reports that Transport for London (TfL) rolled out support for contactless bank card payments yesterday, teaming up with MasterCard to offer payments to travellers with a PayPass-enabled card. Like an Oyster card, customers can swipe their bank card and immediately complete a transaction, receiving money off the higher-priced cash rate.

Mike Cowen, head of transit solutions Europe at MasterCard, explains that while the system is in its infancy, the company will help roll it out to the full Oyster model over the course of 2013:

“The model on the buses is very simple, you tap the card and it takes a payment for £1.35 and every time you tap your card it will complete a £1.35 transaction. What will happen next year when it gets extended to the full Oyster model will be daily capping – and even weekly capping which is not in the Oyster model at the moment.”

According to Cowen, contactless payments are subjected to the same transactional security as Chip and PIN payments and the new functionality may assist those that have lost or damaged their Oyster cards, in that they will enjoy the same low fee. It may even reduce the need for the Oyster card, making it one less card to carry.

Customers can make a maximum payment of £20 at a time, five times a day, without having to authenticate.

TfL had originally planned to enable the service across all of London’s transport by the end of 2012 but it now appears the Tube network will receive an upgrade by the end of next year.

“This is a hugely complicated project that involved massive infrastructure change, there was going to be bumps along the way such as the Olympics, but now we have the launch day,” Cowen said.