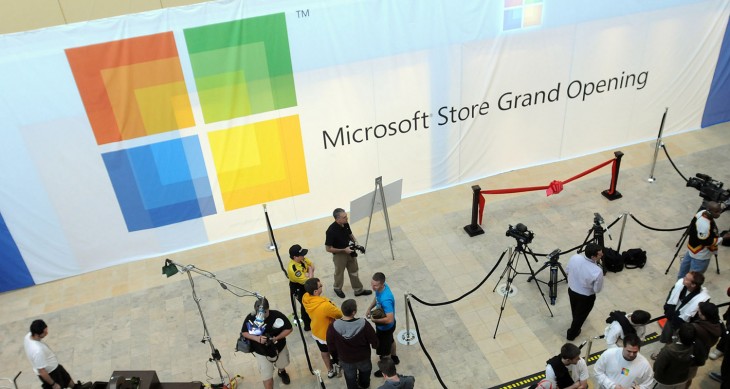 We knew that Microsoft was headed to the UK to open a physical retail store in March next year and it seems that the company is spending a little time exploring real estate for that purpose.

According to a report in the Financial Times, Microsoft has been chatting with UK landlords about plans to open up shops.

You might think that a Microsoft retail outlet would maybe not have the cult status of the established Apple stores, but as the former will also carry products from other brands like Nokia and HTC which use Microsoft software, it could be a far more lucrative venture.

The Financial Times also points out that the stores in the US already offer free classes and training to show how the company’s software works on different devices.

Microsoft opened its first store in the US in 2009 in Scottsdale, Arizona. The shops look very similar to Apple retail stores with big windows, light wood furnishings and open spaces.

But according to Microsoft CEO Steve Ballmer, the aim is not to copy Apple but to beat it at its own game, even if that means sucking up some of the local footfall by placing stores close to the competition.

The company is due to take a look at how the US stores are performing at the end of this year so that it can roll out in new locations strategically.

Changing the shape of the high street

With Apple’s glass and wood cathedrals already well established around the world and Microsoft on its way with a physical presence, will Google see fit to set up shop IRL too?

You have to wonder, with big brands like this taking up space on the high street how local names like Currys and PC World will continue to prevail. In an effort to withstand the onslaught of online sales, companies like Dixons Retail are already restructuring to cushion the impact.

If the Microsoft stores will also be selling handsets and hardware carrying its code, will telecoms companies like EE and Carphone Warehouse also feel the pinch if consumers head straight for the source?

The full impact of Microsoft’s stores in the UK is yet to be seen, but one thing is for sure, it will start to change the shape of consumer electronics sales on our high streets.

Read next: Facebook partially blocked in Tajikistan on government's order