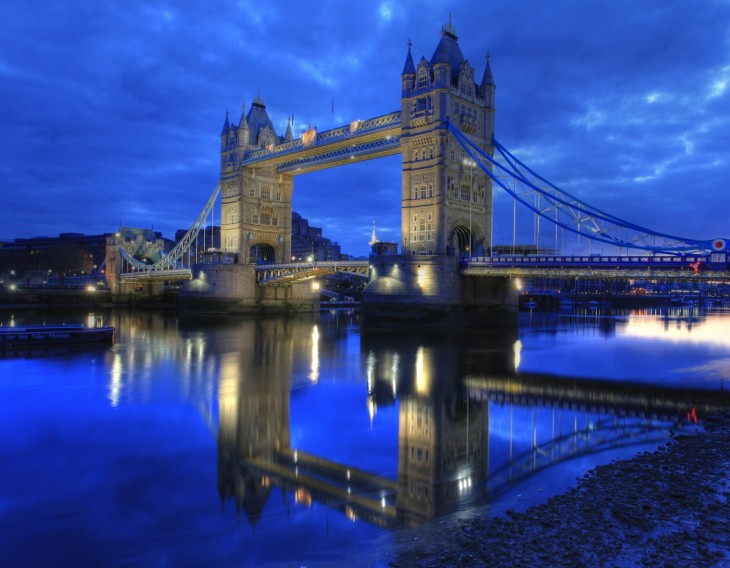 In case you didn’t know, the Eurozone’s in trouble.

The blame for this conundrum seems to shift daily. Beyond the usual suspects of Greece, Portugal et al., The Economist has taken a hit at French leader Francois Hollande’s proposed economic reforms or lack thereof, much to Industry Minister Arnaud Montebourg’s chagrin. Germany’s role in Greek aid also continues to court debate.

But political finger pointing-and the fact that the UK is projected to be Europe’s fastest growing economy in 2013 and 2014-is of little comfort to its youth. Unemployment for young people stands at a million strong standstill, with one in four Londoners ages 16-24 out of work long-term. Although poverty is still used as the proverbial measurement of attainment — and, indeed, recent data from UNESCO confirms that where you’re born and who you’re born to is the greatest measure of success — the mark of unemployment is hitting those with higher ed degrees as well.

“Most people think it is the LSE brand that carries so much weight with recruiters, but the truth is that many LSE students already have industry connections before they ever set foot inside a lecture hall,” a fellow classmate told me. “This misconception is good for the brand, but bad for people like me who have taken on a tremendous amount of student debt, thinking an elite education would lead to better graduate-level job opportunities.”

At a school like LSE, where several grads have their sights on careers in finance, they may want to start singing a new tune. Earlier this week, Gigaom’s David Meyer reported that London’s reliance on growth from the financial sector must come to an end. The city has officially lost status as the world’s leading financial hub, and the sharp decline in city bonuses means that those looking to enter the money sector solely for, well, the money may want to think twice.

But all is not lost for London. Meyer’s chat with Centre for Economics and Business Research Centre Economist Rob Harbron revealed that London’s Silicon Roundabout — otherwise known as “Tech City” — is the professional hub that will drive London’s future growth. A 31 percent employment rise in London’s East End is projected by 2031, compared with nine percent for inner West London.

With Tech City located in the east, the correlation between the two is not hard to maneuver.

“The MIC sector employs a lot more people for any unit of output,” Harbron told Meyers. “It’s expected to help drive employment growth in London over the coming years, and to spread out employment over more people with a lower wage packet.”

So for students entering a volatile workforce, London’s startup scene offers unprecedented opportunity. And in the niche market of London, where youth unemployment spans across class and education but often paralyzes those of lower socioeconomic status, the unique innovation, hands-on job experience, and preference for enthusiasm over 2:1s is the young jobseeker’s new best friend.

A recent graduate myself, to say that I never considered a career in startups is an understatement. Convinced alongside every other wannabe journalist that the BBC was my emerald city, I now work directly across from their headquarters as a digital strategist for AppBeat, a web series focused on mobile trends that is co-owned by a small consultancy and video production company. Having six employees in our office means it’s a crowded day, and building a media brand from the ground up at 23 is daunting.

But it’s precisely the small staff and high level tasks that I’m convinced make startups an ideal environment for young employees. I got my job at AppBeat after completing a one month stint as Assistant Community Manager at Enternships, a startup founded by former Oxford Entrepreneurs President Rajeeb Dey. This web portal connects recent grads to various roles in startups ranging from journalism and brand marketing to hedge funds in their infancy. An ideal mentor who bridges outstanding accomplishments with a personal touch, Raj has strong feelings about introducing job seekers to startups — and using the responsibility given to grow domestic innovation and drive an economy forward.

“We’re seeing healthy activity amongst tech companies hiring right now,” Rey explains. “Of the 4000+ companies we work with at Enternships, a high proportion are London tech startups who are growing rapidly and taking on interns and graduates into their businesses. There are numerous talent initiatives which take place in ‘Silicon Roundabout’ including the Silicon Milkroundabout event to attract developer talent to startups; work is taking place around a Digital Apprenticeship scheme, and the solution really comes from helping entrepreneurs to grow and thrive so that they can hire more people and to remove any barriers and provide tax incentives to do so.”

Dey acknowledges that strong contacts are everything, and that those with less than a leg up often find it hard to break into their industries of choice. But startups, which are built by professional networkers, care more about ideas than exam results and, due to fostering the creativity currently being cut by British governments, offer a more equal field for players of varied socioeconomic levels.

“Startups, in a way, democratize access to opportunity – people like [Rajeeb] try to show that startups are becoming a viable career path, no less reputable than other careers that were traditionally only open to better educated people,” Christian Busch, co-founder of the Sandbox Network and Associate Director at LSE’s ICCLab, argues. “The challenge is to create clearer career structures, particularly also in young social organizations – organizations such as OnPurpose are doing an interesting job in this respect.”

Busch admits that startups aren’t for everyone. Their relative absence of corporate bureaucracy is replaced by a high level of uncertainty — the last thing a young job seeker in a poor climate wants. At the same time, “startups are a great way to see that all rules, processes, and systems need to be created and developed at some point, and that nothing is set in stone; nothing is taken for granted, everything is constantly questioned. The learning curve is enormous, and these insights and transferable skills can be applied to other institutions as well.”

Aneesa Masood is familiar with that learning curve. Repeatedly rejected from roles at various boutiques of a high end retailer, she now works as a top seller of one of their department store branches alongside pursuing her broadcast journalism dream through an unpaid internship at a small startup.

“[That rejection] taught me perseverance and determination, or rather to put these skills into action,” Masood says. “Opportunities rarely drop into your lap — you have to create them…of course, setbacks are frustrating, but you’ll get nowhere if you give up at the first hurdle.”

For many non-native Londoners, that first hurdle is the country’s harsh visa policy. This week, mayor Boris Johnson denounced UK attempts to keep university and job applicants from abroad out of the country. He told Indian journalists that current immigration policies which prevent non-EU nationals from remaining in the UK even with clear means of financial support “[are] not in the interests of London and the UK economy… We are losing a massive business opportunity.”

Massive opportunity, indeed. If startups are the future of London’s economy, then keeping non-native citizens out would do more than dampen the city’s cosmopolitan rep — it would prevent young, eager international students from being hired by startups that can’t afford high visa sponsorship costs. With so many international students, London runs a massive risk by kicking eager employees out and preventing startups from hiring in their projected numbers — thereby stunting long-term economic growth.

It’s a problem without a be-all, end-all solution. The good news is that with Tech City projected to thrive, slow, systemic changes ranging from government initiatives like StartUp Britain and revised visa policies to enterprise integration into education are possible. Busch advocates traditional research/theory education models as a way to drive students beyond the classroom and use whatever skills they have — be it media, finance, development, or other — to create their own careers paths and foster the same innovation that he and Dey embody.

When students partner with social enterprise, Busch says, it is often done “…in contexts where their inputs really matter.” To that end, startups offer as equal opportunity a playing field as any for recent grads to begin their careers. Play ball.

Read next: 8 companies that hope to democratize finance in Latin America