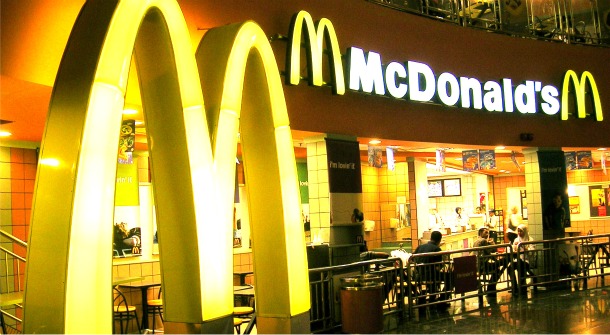 Free WiFi in your local McDonald’s isn’t exactly a new thing in the UK, but now a 5-year partnership between the fast food chain and O2 WiFi will make sure that the Internet addiction can live on. O2 says that 750,000 customers are logging in at McDonald’s every month. That provides one heck of a marketing opportunity for O2, even if customers are downloading over 500 GB of data daily via the service.

But the partnership is something more to O2, it would seem. According to MD Gavin Franks, it fits in with the company’s broader ambitions:

“A year ago we set out our ambition to transform public wifi in the UK by offering a fast and reliable public wifi connection that is genuinely free for all, no matter which mobile or broadband provider they are with. This announcement builds on the significant partnerships already secured by O2 Wifi in the past 12 months, enabling millions of people the length and breadth of the UK to access the internet for free whilst on the move.”

The free connection was previously managed via partnerships with BT Openzone, as well as The Cloud. For McDonald’s, the move over to O2 is in hopes of providing an “enhanced quality of network connectivity” to those 750,000 daily customers who are using the service.

For O2, it’s another notch on the post, as the company has been partnering with restaurants and pubs across the country. In 2012 alone, O2 WiFi added over 3,000 new hotspots to its network.