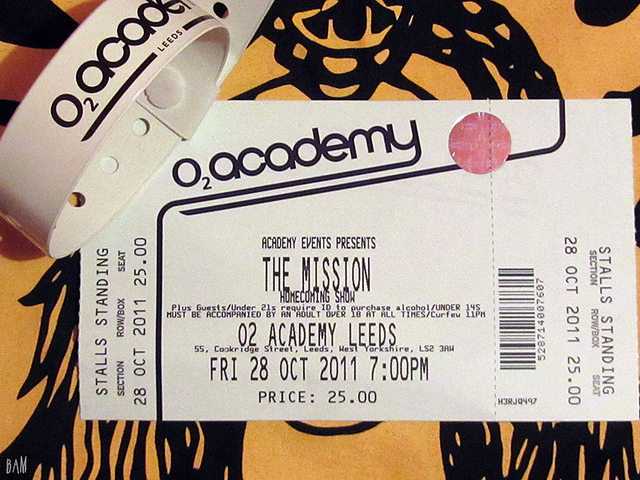 British fan-to-fan ticket marketplace Seatwave will likely be mentioned in the next edition of the well-known investigative show ‘Dispatches’, its CEO Joe Cohen announced in a letter. Sent to the startup’s customers earlier today, it reads as preemptive albeit cautious defense against the upcoming documentary.

Scheduled to air in the UK on Channel 4 this Thursday, the episode will focus on the ticketing industry and ‘fan-to-fan’ reselling. Its title, ‘The Great Ticket Scandal‘, already gives a clue of why it prompted Seatwave to speak up – and so does its description on Channel 4’s website:

While Cohen acknowledges he hasn’t seen the episode, he makes it clear that some of his employees will probably be featured in it. More precisely, he expects them not to be shown in their best light, as part of the documentary was filmed undercover, a practice he condemns:

“We know now that Dispatches sent in an undercover reporter some months ago, to pose as an employee and surreptitiously film and record how we do business ‘behind the scenes.’ As we’ve been told to expect by the programme producers, there will probably be a selection of Seatwave employees appearing on-screen and speaking – unfairly, and likely out of context, in my view – about the company.

For the record: Seatwave has done nothing wrong, and in no way do we accept that surreptitious filming was justified in the development of this programme.”

While he refrains from criticizing the content of an episode he hasn’t seen, the purpose of Cohen’s letter is obviously to defend his company’s ethics and business practices. Says Cohen:

“From the outset, we set up guarantees to ensure that fans would get the tickets they paid for (TicketIntegrity™), and wouldn’t be out of pocket if an event they’d bought tickets for was cancelled (TicketCover™). With guarantees like these, we have consistently led the ticketing market towards more customer-friendly practices. Transparency and security were, and still are, our top priorities.”

If Cohen is to be believed, it means Seatwave would be a golden exception in a sector which still generates a lot of discontent. However, we haven’t seen the documentary either, which makes it hard to tell whether or not Seatwave’s image will be consistent the values it laid out in its manifesto.

Yet, Cohen seems determined to remain true to one word that comes back very often in said document: “transparency”. While Seatwave’s could have ignored the debate or waited for it to happen, today’s letter gives Dispatches a large amount of publicity among the company’s customers.

This has also been a clever PR move so far, as Seatwave customers have already started to voice their mostly-positive feedback on social network, ahead of the #TicketScandal hashtag Dispatches will promote. It remains to be seen how things will play out during the show and whose voices we’ll hear the most, but one thing is for sure, Seatwave and many others will be watching Channel 4 very closely this Thursday.

Do you think writing to customers was the right thing to do? Let us know in the comments.