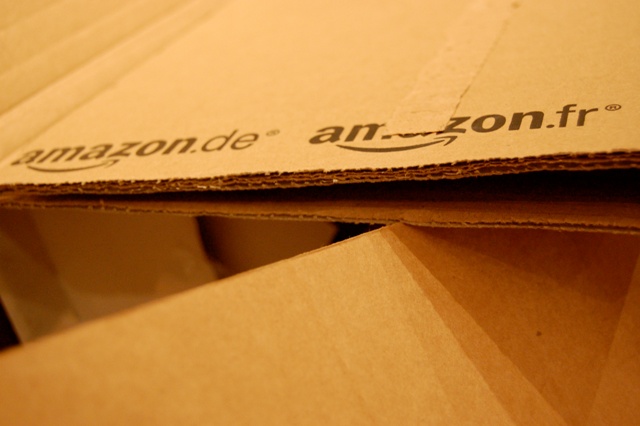 A new report indicates that Amazon is now the UK’s top entertainment retailer, overtaking HMV in the past twelve months in terms of sales covering music, movies, games and such like.

According to Retail Gazette, research company Kantar Worldpanel has launched its ‘entertainment retail barometer’, and reveals that Amazon had 22.4% of the overall entertainment retail market for week-ending December 26th 2011, compared to HMV’s 17.5%. By comparison, during the same week the previous year, 19.6% of the market belonged to HMV, whilst Amazon sat just behind with 19.4%.

With £36m losses, we’ve previously questioned whether HMV can survive the e-commerce revolution, and its future viability was later brought into question following a pretty dismal Christmas sales slump.

Today, HMV still has 249 operational stores and nine Fopp outlets around the UK, not to mention HMV Live music venues which it is currently trying to offload.

We’ll likely see some more sacrificial lambs thrown to the slaughter in an attempt to improve the company’s bottom line, with HMV already offloading Waterstones last year, selling the book chain to Russian billionaire Alexander Mamut for £53m. Interestingly though, HMV is looking to bolster its in-store stock of vinyl records, suggesting that it might not quite have grasped what the digital age is all about.

As for Amazon’s onslaught, well, many will likely be surprised that it wasn’t already the number one entertainment retailer in the UK. But it now seems like its broader range of products and, typically, lower prices has helped it cement top spot. “Amazon’s strong performance is down to a number of factors. It is typically really competitive on price, has a wide range of products with no restriction on display space, and is known for its very good customer service,” says Fiona Keenan, Consumer Insight Director at Kantar Worldpanel.”

Supermarkets’ shift from groceries to offering pretty much any consumer product or service has seen Tesco, Asda & Sainsbury’s nab the next three positions, securing 11.4%, 8.1% and 5.2% respectively. Play.com notched up 4.9% of the market whilst iTunes grabbed 3%

Whilst Amazon has shot ahead in the UK’s entertainment market, the report indicates that the industry actually declined by almost 4% year-on-year. However, this was a smaller drop than the 8% reported the previous year, according to Kantar Worldpanel’s figures.

Read next: Seeing is believing: 6 reasons why video makes for a better online meeting