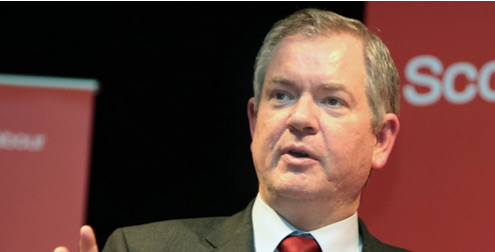 When will MPs learn that every movement they make will be monitored and scrutinized where possible, and very little ammunition is needed to see their careers crumble around them?

That’s perhaps an overstatement in this instance, but Glasgow South Labour MP Tom Harris has been forced to step down from his Internet advisory role after creating a video of the Scottish National Party (SNP) leader that likened him with Adolf Hitler, reports the BBC.

Anyone who’s seen the 2004 move Downfall, which charts the final twelve days of the German dictator’s life living in a bunker, will know the scene well. In fact, it has been parodied countless times already over the years, with English subtitles falsely depicting Hitler’s real rage as the Third Reich collapses around him.

Rather than focusing on serving his constituents, it seems that Harris has spent a fair bit of time pulling this little ditty together before posting it on Saturday, poking fun at Alex Salmond’s coyness over the Scottish independence referendum.

Harris ran in the Scottish Labour Party leadership race last year, but ultimately lost out to Johann Lamont, with Harris becoming the party’s new media guru instead. Of course, the SNP was quick to criticize his actions, branding the video “tasteless” and “hugely embarrassing” for the Labour Party.

Harris’s video is called “Joan’s Downfall”, in reference to a row involving SNP MSP Joan McAlpine who had said that the Labour and Liberal Democrat coalition government was being “anti-Scottish” in its attitude to the independence referendum.

Harris said in a statement: “Having spoken to Johann, I have decided to step down from leading the party’s social media review.”

“The video I posted has been a well worn joke used to parody a range of public figures,” he continued. “However, context is everything and in the context of Johann’s and my desire to improve the level of political debate on social media and the context of Joan McAlpine’s much more serious statements about all political opponents of the SNP being anti-Scottish, my actions have been an unhelpful distraction for which I apologise.”

Read next: Twitter is adding 11 new accounts per second and could pass 500 million in February, says report