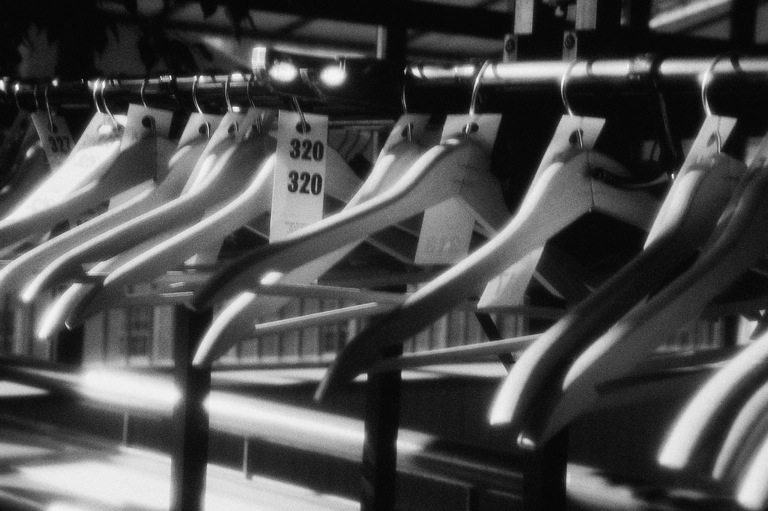 We first covered Poppy Dinsey and her fashion blog back in July.

To give you a quick recap, Poppy set up What I Wore Today (WIWT) in January 2010, and it’s where Poppy has been uploading and sharing one photo each day of her in a different outfit.

But Poppy is pivoting and today she’s launching the public version of her new WIWT website on the same domain, which she’s selling as a ‘new social network’. WIWT mark 2 is supported by a free iPhone app which is also available today.

Whilst the initial version of WIWT was all about Poppy and what she was wearing, the new incarnation is aimed at everyone and will allow anyone to upload photos of their outfits and share them with the world.

Users are also encouraged to tag the garments they wear in their photos, which other users can click through from these tags to buy from the relevant retailers.

“I started the blog originally as a bit of a personal challenge to make me wear more of the clothes I already owned”, says Poppy. “But within a few weeks of my first post I was being sent pictures of other people’s outfits and they were asking to be featured on the site. It wouldn’t have made sense to have the odd guest post, but I quickly realised there was a demand for other people to join in the fun. The idea for the social network was born and now it’s finally ready for launch.”

Poppy teamed up with Shoreditch design agency Caffeinehit to develop the site and the app, and it’s been in closed beta testing for the past month. “The response to the beta site has been overwhelming”, says Poppy. “We’ve had thousands of people on the waiting list for a beta invite and over 1,900 outfits have already been uploaded from Stockholm to San Francisco. We’ve even had a pug dog upload its stylish outerwear, presumably with the help of its owner.”

As well as showing off their own outfits and documenting their daily wardrobe creations, users can browse other outfits on the site to discover new styles, new brands and buy any garments they take a fancy to. As with any social network, users can ‘follow’ others and they can give outfits ‘gold stars’ to add them to their favourites folder. The current top trending brands on the site are Topshop, H&M, Primark, New Look and Zara.

“WIWT certainly isn’t the first outfit sharing site, but we’ve built this site with accessibility in mind”, says Poppy. “So many of the outfit sharing sites that are currently available are either too ‘fashiony’ or too bitchy. Users can award the outfits they like gold stars, but we haven’t gone down the route of rating outfits out of ten as this can open the flood gates to cattiness. We’re happy with photos of tracksuits taken on a camera phone in the mirror – in fact, over half of the outfits currently on the site have been self-portraits taken with camera phones which is why we’ve been so keen to launch the iPhone app.”

As well as tagging brands, users can also tag where they are, what they’re doing and how they’re feeling. Users can browse by these tags, so if you want to see all the outfits from people going clubbing in London – you can. The current top trending moods on the site are ‘happy’, ‘chilled’, ‘arse kickingly awesome’, ‘excited’ and ‘tired’.

As everybody loves a game these days, there is also a competitive element to the site. Users gain ‘kudos’ for various actions on WIWT – from completing their profile information to receiving a gold star or being featured on the homepage. Users will soon be able to see how they rank against their friends and against other users in their city. Brands will also be able to see the top ranked users who are wearing their garments.

So…how’s this going to make money? The site and app are completely free to use, but WIWT will monetize though affiliate links, targeted display advertising and brand partnerships.

“The feedback from both our beta testers and the big British high street brands has been overwhelmingly positive”, says Poppy. “There is a gap in the market for a site like this – real people uploading real outfits. Everyone loves to people-watch in the street but you don’t always have the confidence to ask strangers ‘where did you get that?’ –  I really think that WIWT can change the way we shop online and look for style inspiration.”

Read next: This tiny, portable hotel room could ease your layover woes