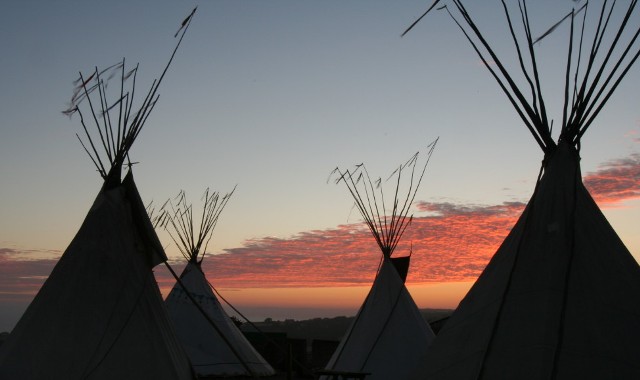 TweetCamp is a free-to-attend, participant-led ‘unconference’ in London, aimed at Twitter veterans and noobs alike.

The first TweetCamp took place in September 2009, and we’re now fast-approaching the 2011 event. October 8th is the day, and it’s taking place at The Learning Village in East London.

Tickets will be released on a first come first served basis in 4-5 batches, between the 8th and 30th of September. But social media monitoring company Brandwatch has launched an interesting initiative to help promote the event and perhaps even get its #tweetcamp hashtag trending on Twitter.

It has produced an interactive data visualisation tool in the form of a virtual campsite, where campers compete to upgrade their tents and claim the warden’s hut in a bid to win tickets to the event, as well as prizes and the honour of being the Tweetcamp warden.

Initial entry to the campsite is gained through the Tweetcamp campfire. To enter the campfire area, you simply have to tweet the hashtag #tweetcamp, and when you hover your mouse over the campfire, you’ll see all recent tweets:

Each Tent, Tipi or Yurt (there are 50 pitches in total) represents one Twitter user and the number displayed on the tent displays how often they’ve used the #tweetcamp hashtag. As campsite occupants tweet more about the event, they begin to upgrade their pitches and surroundings.


The progression is made from the campfire to a Tent, then onto a Tipi and then a Yurt. The ultimate goal is the Tweetcamp Warden’s hut. However, they must continue tweeting to retain their position.

There is also a nice soundscape that plays in the background and, at 6pm, night mode kicks in and the sounds and visuals change to suit the time of day.

Whilst this is designed as a promotional tool, it does help to demonstrate some of the pretty cool Twitter API use-cases. Check it out for yourself here: http://labs.brandwatch.com/tweetcamp/.

Read next: 7 useful features Apple removed from Mac OS X 10.7 Lion (and how to get some of them back)