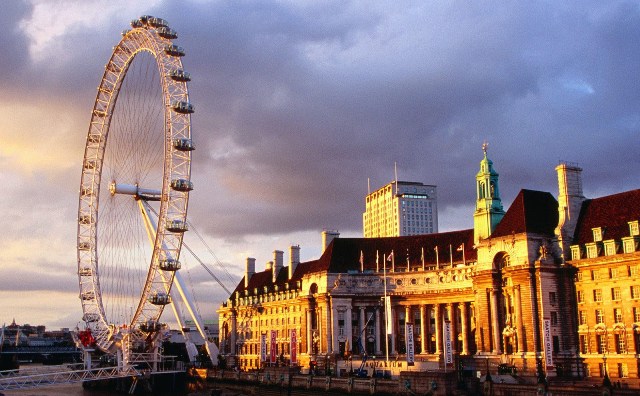 Bambuser is one of many mobile apps used by political activists in the Middle East, to capture, record and live-stream events as they unfold across the region. But the ability to stream live video to your blog, website and social networks isn’t reserved solely for political uprisings.

Last month, we reported that the organizers of Sweden’s Stockholm Pride Festival were trying to set a world record for the most live mobile video streams in one day, using Bambuser.

And now, Bambuser’s Executive Chairman, Hans Eriksson, is taking to the streets of London for a 24-hour sightseeing journey through the city, which he’ll live-stream in its entirety from his mobile phone.

But will he be reading from a Lonely Planet or Rough Guide to the city? Hell no. Hans is asking you, the public, to guide him through London to explore and experience the UK capital from a local’s perspective. But why?

“One of the reasons is to test the boundaries of video social engagement, interaction and how it can be used”, says Hans. “I love seeing new places, meeting new people. So I thought, ‘let’s try this…and see what happens'”.

Whilst Hans will be going it all alone, he says he’ll welcome anyone to join him on parts of his journey, even if just to say hello. “It’s a way to see the city, directed by the people who know the city”, says Hans. “Tourists go to see Piccadilly Circus, Buckingham Palace, Trafalgar Square…I want to see something else, some cool new places. Some new bars, new restaurants, nice views, maybe meet some cool people.”

So, whilst all suggestions will be greatly appreciated, anything involving the well-worn tourist haunts aren’t on Hans’ hit-list. “I’ve never done anything like this before”, says Hans. “In fact, I don’t know if anyone else has done something like this before. So it’ll be an interesting social media experiment if nothing else.”

It all sounds very interesting, but what about at 4am on Saturday morning, wandering along dark, lonely streets, potentially in pouring rain, if recent weather in the city is anything to go by. “Doesn’t that sound exciting?”, says Hans. “Anyone is free to join me, and can direct me to places to go, whether it’s a coffee shop, a market…whatever is of interest.”

When I pointed out that he’s likely to get a few interesting suggestions of places to go at 4am, Hans said: “Ha ha, yeah. We’ll see where that goes. But remember, I do have the power to turn suggestions down.”

Hans’ epic journey through London kicks-off at midday on Friday, 9th September, and finishes at midday on Saturday. He’ll be equipped with little more than a backpack, a mobile phone, a charger and a handful of spare batteries. He’ll be permanently filming from his mobile phone, which he’ll be holding in front of him as he walks, though he’ll also have an iPad which he’ll use when convenient, for example if he’s sitting down somewhere, or on a bus traveling.

Hans will chat in real-time through the Bambuser chat platform, as he’s filming. It’s entirely open, so anyone can follow the conversation stream, see what places are being suggested and chip in with their own points of interest.

Bambuser launched back in 2007, with its first funding secured in 2008. Today, the platform has a “healthy six figure number” of users, I’m told.

“Things have really started to take off over the past 12 months”, says Hans. “Both in terms of how good the service is, and also how the infrastructure and our behaviour has developed. There’s more powerful handsets, people are starting to understand the cost of mobile data and 3G networks are improving all the time.”

So the technological infrastructure is catching up with the potential of mobile video streaming platforms such as Bambuser.

This isn’t the first time Bambuser has been put to a more quirky use, however. “We’ve seen a few crazy stunts using Bambuser, and we’re beginning to see more and more of them”, says Hans.

One such example was Jukka Mutanen from Finland, who last year created a Facebook Group where he promised that if the group secured more than 50,000 fans he would take his mini excavator (a tractor!) and drive 1,000 kilometers through Finland – from Hangö to Kuusamo.

That sounds crazy enough, but given that it secures a top-speed of 4 km/h, Mutanen took 250 hours to achieve his goal…and live-streamed the journey using Bambuser, to the delight of his then 83,000 Facebook fans. You can see a snippet of the journey here:

From 12pm this Friday (9th September), you can follow Hans’ live streams here, and do check out the official Bambuser Challenge Tumblr blog for details on how to chip in with your own suggestions.