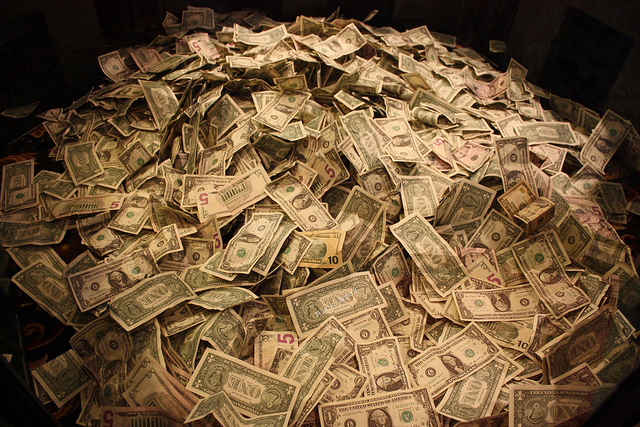 DataSift today announced that it has secured $6m in a round of funding that was co-led by IA Ventures and GRP Partners.

DataSift is a real-time social-data mining platform developed by MediaSift Ltd, the same company behind TweetMeme. We reported on the launch of DataSift back in August 2010.

In a nutshell, DataSift aggregates real-time streams from across the social sphere, including Twitter, Facebook, WordPress, MySpace, Digg and more. The platform provides granular and modular ‘sifting’ functions to analyze content, layering this with additional metadata such as location, user information, authority and sentiment analysis.

The $6m investment secured by DataSift will serve to build global sales and support teams to manage the surge in demand the platform has been enjoying.

“We are truly proud to be working with the likes of Twitter, GRP Partners and IA Ventures, to further our vision of democratizing data, and unlocking the business intelligence within the social web. This announcement marks another milestone in our journey towards on­‐demand real‐time data processing and will generate a new wave of innovative products built upon Twitter.”

It would be impractical for Twitter to negotiate with every developer that wishes to gain access to its data. Thus, Twitter has chosen to work only with a small group of partners who then sell access to the data on Twitter’s behalf.

DataSift is one of only two companies – the other being Gnip – that are globally licensed to re-sell Twitter’s firehose of data. Whilst Gnip focuses on ‘large bulk data’, DataSift’s remit is to help users filter data from Twitter to identify the information that’s relevant to them.

“DataSift was among the first to use the Twitter Firehose to provide meaningful insight for brands and publishers, and now they share their expertise with developers across the ecosystem who need an easy way to access Twitter data. We’re delighted to see DataSift receive this funding, which is indicative of the value the venture community sees in the Twitter ecosystem as a whole.”

Mark Suster, a VC at GRP Partners says that the real-time aspect of the platform is where DataSift’s real power and value lies:

“Our goal is to make the enormous volume of real-time information more manageable for the 99% of companies that lack the infrastructure to process these volumes in real time. Think of DataSift as turning the fire-hose into a cost-effective and manageable tap of running water. Or in utility speak, they are transmission and we are last-mile distribution. And better yet, the company has a product that will turn the stream into a lake. What does that mean? The Twitter stream like most others is ephemeral. If you don’t bottle it as it passes by you it’s gone. DataSift has a product that builds a permanent database for you of just the information you want to capture.”

And it’s also Twitter’s openness that is a key selling point from an investment perspective. As Suster notes, Facebook may have more users and more engagement, but much of the data is hidden behind a firewall and this is one of real differentiators for Twitter. Suster says:

“I would like to be clear that Twitter is by far the most important and dominant of the real-time publicly available data that exists on the Internet today, which is why today’s bet for me is on the Twitter ecosystem.”

Read next: Google to fund new research into how the Internet affects society