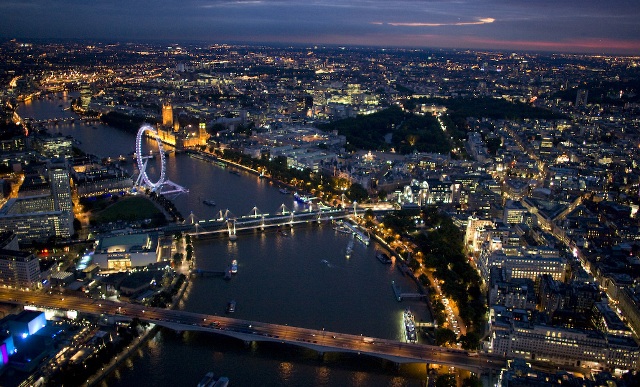 In November 2010, UK Prime Minister David Cameron announced plans to transform the UK into a major international hub for technology and innovation. His vision is to make London’s Tech City one to rival Silicon Valley, and the means to achieve this were set out in the government’s Blueprint for Technology paper.

The proposed shakeup constitutes multiple facets, such as introducing special visas for entrepreneurs, conducting an independent intellectual property (IP) review – the results of which were published in May, and a new peer-to-patent trial which is currently underway.

Whether it’s off the back of the government’s efforts to breathe new life into the UK startup scene, or it’s being driven by something completely different, the London tech scene has been buzzing of late. There’s a real sense that we could be on the cusp of something special.

It was only last month that Courtney Boyd Myers, The Next Web’s East Coast (US) Editor wrote about her experiences of London’s Silicon Roundabout from an American’s perspective. Her visit culminated in a second post that said ‘cheers‘ to the London tech scene, looking at some of the hottest young companies that call London home.

But this week marks the first birthday of another fantastic London tech initiative: TechHub.

The birth of TechHub

We first reported on TechHub back in January 2010, just as it was laying the foundation to launch what has proven to be an immense success story within the London tech scene.

For those who have never heard of it, TechHub is a space in London for tech companies, entrepreneurs and others involved in the tech industry to work, mingle and share knowledge. But it’s not restricted to London or UK people – anyone from across the world is welcome to drop by, say hello and even stay for a while. Indeed, this is reflective of the “vibrancy and global outlook of the technology scene”, as it says on TechHub’s website.

The purpose of TechHub is to provide an affordable, accessible environment for like-minded people from the technology industry to change the world through their businesses. And based right in the heart of the Silicon Roundabout area, TechHub has its finger on the city’s technological pulse.

In the build-up to launch, TechHub secured some big name support in the form of education and publishing group Pearson, and in July 2010 – just prior to launch – we reported that the mighty Google was also to be a founding sponsor. And in February this year, another sponsor was announced, a global developer platform called BlueVia, which is backed by Telefonica.

TechHub: we have lift-off… TechHub was launched in July 2010, by Elizabeth Varley who is CEO, and Mike Butcher from TechCrunch Europe who is a board advisor on strategy.

I spoke with Elizabeth to get her thoughts on TechHub at the grand-old age of one, what she thinks have been the major successes and where TechHub will go from here.

“It has grown really quickly, there’s been so many more opportunities than I had envisaged,” says Elizabeth. “I’d always thought it would be a catalyst for things to happen, but I didn’t know what exactly those things would be. My overriding sense is intense optimism by how TechHub has been received so far.”

And Elizabeth was quick to point out that one of the key underlying successes of TechHub – why it works – is that its users have taken ownership of the place and they feel protective of it.

It’s this sense of community that has led to the launch of a TechHub football team. “We even have a TechHub FC football kit”, says Elizabeth. “So far, we’ve played Moshi Monsters and Tagman. It’s initiatives such as this that helps to show that TechHub is all about the members taking ownership.”

TechHub operates a two-tier sign-up service for its membership. Users can either pay £375 (+VAT) to have access to the space 5 days a week, 48-weeks a year on a ‘drop-in hot-desking’ plan, which is subject to a ‘fair use’ policy. Or, users can apply for a TechHub resident membership which is £275 (+VAT) per month, which then guarantees a desk.

Twelve months on and there are a couple of hundred members signed up to the annual hot-desking package, with around 75 resident members calling TechHub home. And the space has recently been expanded too, though I’m told it’s fully booked already.

So what is it about TechHub that startups like so much? “It’s more cost effective to set up shop in TechHub than to have your own office”, says Elizabeth. “Plus, there’s the flexibility. You can walk in, and everything’s good to go. There’s WiFi, a desk and no protracted negotiations over contracts.”

But it seems that TechHub is all about the community spirit, working with like-minded people and collaborating with people who are going through the same processes as everyone else as they strive to make it in the business world.

Elizabeth said: “There are lots of people working together on their crazy ideas, and there’s an atmosphere of being able to take a risk and that is what entrepreneurs are – risk-takers.”

TechHub acts as kind of ‘sanity check’ for budding businesses – they look around, see others doing similarly innovative and ‘crazy’ things, and they realize that what they’re doing actually isn’t all that crazy after all.

I spoke with Andrew White, founder and Managing Director at Fundapps, a company that provides next generation compliance & reporting software to the hedge fund industry. Andrew moved in to TechHub at the start of February on a resident membership, and he has had a great experience so far, saying:

“TechHub has been brilliant. What I thought might just be a co-working space has turned into a social network and much more. The events, the demo nights and even a football team (“Silicon Kick-about”) make it a unique place to be. The interaction with other TechHub members is fantastic. When I need advice on coding I can ask a .NET guru beside me, advice on SEO then I ask the guy opposite me. If I need a quick chat about PR I can talk to some experts at the next desk.”

And what would Andrew’s other options have been had TecHub not been there?

“I probably would have worked from home, but it is such an anti-social experience it would have driven me mad.”

A number of TechHub companies have managed to secure investment in the past year, with TechHub helping the firms in question get their products up to scratch.

This is another key function that TechHub serves – it helps facilitate meetings between investors and companies. For example, TechHub hosts events such as demo nights which offer a platform for startups to showcase all their hard work – whether that’s to each other, journalists or potential investors.

A word about the sponsors…

Big brands such as Pearson, Google and BlueVia are all on board the TechHub steam-train and it seems they are more than just cash cows. “We don’t want companies to simply give us money and stick a bunch of leaflets in the reception,” says Elizabeth. “We see it as two-way relationship, where the sponsors get to engage with the community and give their expertise too.”

BlueVia, one of TechHub’s first sponsors, actually work from TechHub once a week, they chat to people and even bring in the developers. The Pearson team also spend time at TechHub, including some of its senior leaders. From the sponsors’ perspective, it’s a totally different environment for them. They see how startups are working and they sense the buzz and excitement and it helps them keep their finger on the innovation pulse.

Google has led a number of developer events at TechHub, particularly for members and other local firms in the community. Some of Google’s product managers have even run open office hours where they review Android apps created by some of the startups.

Elizabeth said: “For big companies, TechHub is an opportunity to tap into innovation culture, keep abreast of trends and see what people are working on.”

So, TechHub is a low-risk way of ensuring product developments are succeeding in an area that will ultimately be useful to them in the longer term.

It’s not just about high-profile and prestigious sponsors though. TechHub has attracted a number of blue-chip speakers too, such as Wikipedia founder Jimmy Wales, and Nicholas Negroponte, the founder of MIT’s Media Lab. Attracting such quality speakers is something that Elizabeth cites among her key highlights of the past year.

The future of TechHub

Whilst TechHub has recently expanded its space to facilitate more startups, this is just a temporary fix. Elizabeth tells me that TechHub is upping-sticks and moving into new premises in October, somewhere three-times the size, but it will remain in the Silicon Roundabout area.

And given TechHub’s focus on being a ‘global’ entity, it’s also expanding abroad, and San Francisco is likely to be the next port of call for it to launch, perhaps even by the end of this year. Other hubs are currently being investigated in places such as New York too, but many other locations are being sought which will help transform TechHub into a true international entrepreneurial and innovation network.

“We want to just get bigger, better and offer more programmes”, says Elizabeth. “We’re looking at a number of ideas regarding how we can help and support the startup community. The idea of having a global network is that tech entrepreneurs can just walk in to any city and access the local tech community.”

Besides Elizabeth Varley and Mike Butcher’s involvement with TechHub, the co-working space has 2 full-time staff, a few part-time people and some interns too, who all help to manage the front-of-house, logistics, events and general operations.

TechHub has been a massive success over the past twelve months, and long may it continue – whether that’s in London, San Francisco, New York…wherever.

Read next: Blogger Anas Maarawi latest online activist to be arrested in Syria