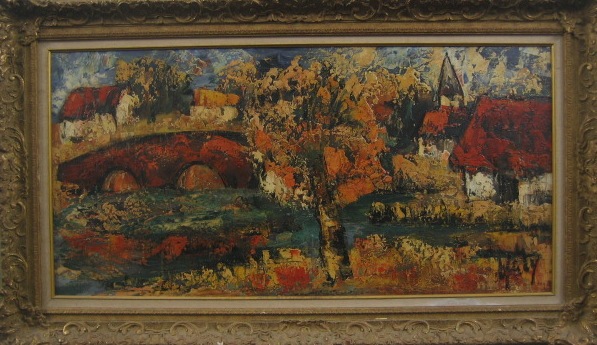 The BBC today announced the public beta launch of a new initiative to bring the UK’s entire collection of oil paintings to the Internet for the first time.

Even if you’re an art-lover and have trawled the length and breadth of the country’s galleries and museums, there’s still a good chance that thousands of paintings have escaped your eyes.

As the BBC reports:

“The UK has tens of thousands of paintings in its publicly funded museums and institutions that are not currently viewable by the public, either because they are in storage or are kept in buildings that are inaccessible to the general public. The vast majority of these paintings have never been published online.”

The BBC has now partnered with the Public Catalogue Foundation and hundreds of galleries and collections across the country. The collection will be presented in Your Paintings,  a dedicated section on the BBC’s website, and they will be made available to view by anyone, anytime, for free.

The BBC is enlisting the help of the public to crowdsource the mapping of the content of the paintings, with a Your Paintings Tagger.

At the time of writing, there are already over 60,000 paintings available to view, covering 800 collections and more than 15,000 artists. Thousands more paintings will be added each month, and the aim is to have the entire national collection of around 200,000 works available by the end of 2012.

The BBC has even provided a graph which will show the number of paintings increase over time:

This is a colossal undertaking by the BBC and the Google-esque project will open up a massive wealth of art to the public for the very first time.

Given that this is still in Beta mode, the BBC is also inviting suggestions, comments and questions.