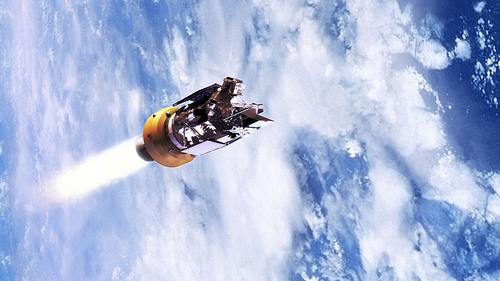 A team of engineers from Surrey Satellite Technology Limited (SSTL) are to send an Android smartphone into space to see if the technology employed in the powerful handsets can function in the “most challenging environment known”.

BBC News reports that the make and model of the handset is unknown but the device will be used by the company to see if low-cost, readily available electronics can be employed in spacecraft designs to both lower cost but also reduce the physical space the components require inside a spacecraft.

The research mission, codenamed STRaND-1 (Surrey Training Research and Nanosatellite Demonstration), will see the Android smartphone sent into space “as is” and if it remains usable in those conditions, will be used to control a satellite. The team chose an Android device mainly because of its open architecture, giving them the ability to repurpose and control some of the phones in-built functions.

The mission is not the first attempt to put a smartphone at high-altitude, Google recently sent its new Nexus S smartphone to an altitude of 32,000 metres using a helium filled balloon, providing useful data but also showing that different apps would work in more extreme environments.

The SSTL mission is different in that the handset is to be launched into the Earth’s orbit and will be the first smartphone to do so. To do this, engineers will have to incorporate advanced guidance, navigation and control systems, including miniature reaction wheels, a GPS receiver and even small pulse plasma thrusters to propel it through space. The idea is that the phone will control of these systems.

Not only does it show how technology has evolved into such a small form factor, it could also open up the ability for developers to create apps for the device once the device in orbit.

Who would have thought the simple smartphone could be the next tool to stimulate space technology?