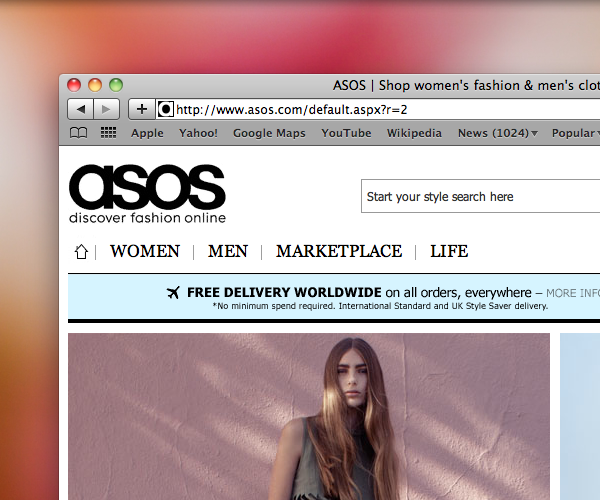 UK online clothes retailers ASOS (As Seen On Screen) is to launch a Facebook page capable of accepting transactions, allowing fans of the shop to shop via the social network without ever having to visit the ASOS.com website.

“We have millions of visits and millions of pounds coming from Facebook to ASOS. At the moment the Facebook shop doesn’t have real targets as such but in theory fewer clicks and barriers to purchase should mean greater conversions. We’ll have to see if it does lead to increased sales.”

Instead of employing a third-party, ASOS has implemented its own payment solution, uploading its entire clothing and accessory catalog to its Facebook store, apparently adding 1,300 products each week.

Read next: Want to see the best photos on Instagram? Try Insta-Great