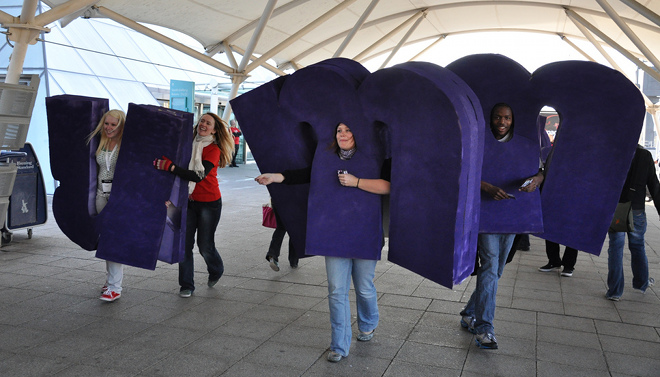 Location reviews service Rummble is facing a radical change in direction, we hear.

Multiple sources familiar with the matter tell me that Andrew J Scott, Rummble’s founder and CEO has been ousted, while the company is set to pivot away from a consumer offering to white labeling its technology to offer to other businesses (UPDATE: the company feels that it is more of a platform play than simple white labeling)

Similar to services like Yelp and Qype, London-based Rummble’s current consumer play lets users rate and review locations. Unlike those competing services though, the score Rummble displays for each venue varies for each user, depending on the ratings those users’ friends have given. The idea is that relevant locations are recommended based on a user’s social graph, creating a ‘Trust graph’.

It’s a smart idea, but one that’s never really taken off with the public in the face of better known rival sites. We hear that user numbers stood at somewhere between 120,00 and 200,000. Rummble’s new direction will see it offering its API and social recommendation technology to third parties who are looking to slot such technology into an existing product.

I’m hearing that the driving force behind the new direction is M8 Capital, a firm that invested $800,000 in the startup last summer. M8 will be driving the company forward I hear, with Rummble’s founder and CEO, Andrew J Scott having been sacked from his role

I always felt that the technology behind Rummble was its greatest asset – just one that was never clearly enough communicated with its potential users. With the company running out of money fast, I’m told that change was essential. Although a number of major deals to co-promote Rummble’s consumer offering with well-known brands were apparently in the works, M8 appears to have chosen the B2B, white label route for the company’s future.

While staff from Rummble have confirmed with us that major changes are occurring at the company, they are yet to share the exact details. However, we’re confident of the facts based on our well-placed sources. We’ll update this post with any additional information as we get it.

UPDATE: We have more information about Rummble’s new direction here.