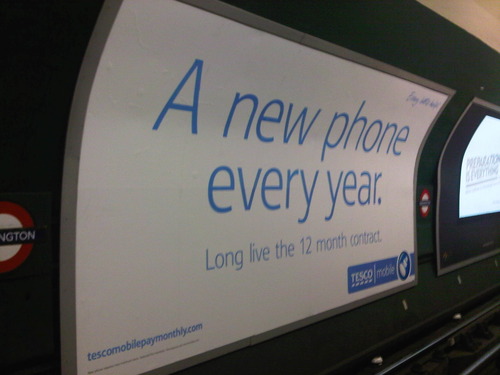 Tesco has announced that its Tesco Mobile subscriber base has surpassed 2.5 million people, with Christmas sales helping the mobile virtual network operator reach the milestone.

Tesco Mobile experienced double digit airtime growth in each quarter of last year, boosting its subscriber numbers by 25% in the same period. Tens of thousands of Tesco Mobile handsets were activated on Christmas Day, many of them Apple iPhone’s, one of the the company’s most successful handset that tempts customers with only a 12 month contract.

Tesco Mobile isn’t a network operator, instead the company uses the O2 network but operates separately from the Telefonica-owned company.

The company believes that its increase in users was fuelled by the opening of over 200 Tesco Phone Shops – opening its first store in Bristol in November and but also expanding internationally to open shops in Slovakia, the Czech Republic, Poland, Turkey, Hungary and South Korea.

Read next: Heathrow Express Ticket Purchasing Comes To The iPhone