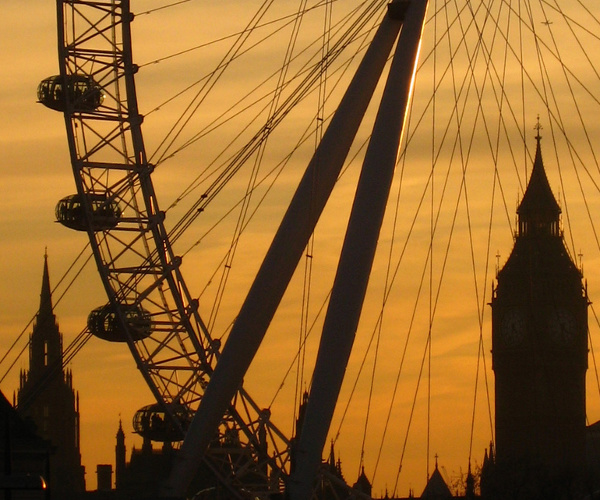 In this post, London tech scene veteran Steve Kennedy gives a personal opinion on the chances that the British capital’s Tech City plans will succeed.

Last week UK Prime Minister David Cameron announced plans for East London to be turned into a ‘Tech City” that would rival Silicon Valley. That all sounds very nice and it even comes with the backing of Google, Intel and Facebook, but can you “Create a Silicon Valley” outside of California?

It’s possible to stimulate an area and inject some cash, but entrepreneurs are people and innovation also comes from people. As Glenn Shoosmith, CEO of BookingBug.com, put it in his speech at the Tech City launch event,  “You can’t tender for innovation”.

The area around London’s Old Street has already been nicknamed Silicon Roundabout (coined by Matt Biddulph of Dopplr.com) as it hosts a number of tech start-ups with more appearing all the time. Soho in central London also has a concentration of tech startups, so that of course has now been nicknamed Silicon Soho. This trend could go on for ever, but it’s relevant as tech start-ups have tended to cluster around each other and that probably has a lot to do with sharing space.

Shared space is the main driver of these clusters, not particularly the area. Old Street has done well because it’s in east London, on a Tube line so people can get there easily. East London has been historically cheap, so start-ups could effectively rent office space there. As they grew they often required larger premises and several found there was a business in renting more that they required and subletting the rest, some even put that model into their business plans as it could also offset their rent if they took enough space on.

Both Moo.com and Songkick adopted this approach and both took on the whole floor of a building, used what they needed and the rest is sublet to other companies. This is often by word of mouth around the general London tech scene, so the offices are filled with tech companies.

TechHub, just off Old Street, is a place where startups can base themselves permanently or rent desks on a short-term basis. It’s a nice, large space with a ready made audience in the area and allows local tech companies to share ideas. This ecosystem can then foster and encourage entrepreneurs and innovation. It’s a good idea and there are some great companies doing business out of TechHub and some great events which take place there.

It’s been tried before

Other countries have tried to create “Silicon Valleys”. France tried with Sophia Antipolis, just north of Antibes on the Mediterranean coast. It’s a beautiful industrial park in the middle of a protected forest. Conditions are idyllic, with air-conditioned offices, wild boar in the woods and just 20 minutes’ journey to the beach. Unfortunately it hasn’t created a “Silicon Valley”. It did attract a number of well-known high tech companies, and more recently a lot of telecoms companies have had R&D there, but they were isolated and the staff wanted the lifestyle – they weren’t there to share ideas.

The only country that really has managed to approach a potential Silicon Valley is Israel, but that’s for many different reasons and supports a completely different culture.

So can Tech City work?

Why should the Government suddenly get interested in east London and Stratford? Well, in 2012 there’s a small event taking place called the Olympic Games and there’s an Olympic Village with new industrial areas and housing out near Stratford. The area is depressed and the government wants to encourage businesses to move there. Though they’re making a song-and-dance about the Old Street area now, their real concern is to get people and more importantly businesses moving to Stratford. Hopefully this initiative will kick-start the process.

By having the involvement of the big players, that should encourage other businesses to move there too. Not the early stage startups that currently cluster around Old Street, but the more established tech players – those that have grown from a two person team and are now expanding.

The rents around Old Street have risen since it became ‘trendy’ for tech companies to move there. If it gets too popular, then the rental costs may put of the next tranche of start-ups who would thrive in the environment and they’ll have to look elsewhere.

If corporates feel the need to move there too, then it really could be the end of the start-up scene – especially as Old Street is so close to the City and the big financial organisations.

Maybe it’s inevitable and the tech scene will move to other areas where rents are cheaper, there’s already an enclave of tech companies south of the river in Bermondsey, a good example being Huddle.

So Old Street is probably safe for a while (at least until Stratford fills up) but location isn’t the only problem. It’s all very well to make big promises, but giving real public attention and trying to instill a Silicon Valley attitude into a depressed area doesn’t quite ring true.

The VC attitude in the UK is substantially different so that in the US companies are encouraged to try and if they fail, then try something else, while in the UK once you fail you’re marked for life.

Getting finance in the UK is also much more difficult than the US and there may be many more conditions placed on getting the finance in the first place. The UK is based on old money and old processes which are hard to change, but maybe the emphasis on east London will somehow get the old city money into new startups as they’ll now be neighbours.

So all-in-all, though the government is making the right moves, there’s a lot more that needs to happen before there’s anything like a Silicon Valley in London.