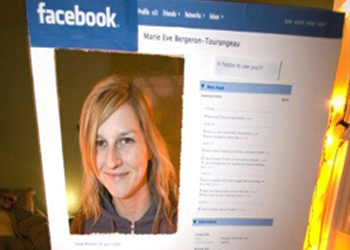 An entry into BBC Radio 4’s “So You Want to Be a Scientist?” competition has unearthed some statistic gems on what our Facebook profile pictures say about us.

The UK radio station announced Nina Jones, 17, from Buckinghamshire was one of the four finalists in the competition, from 1,300 entries.

In conjunction with the Internet Institute at Oxford University, Nina built up a Facebook fan page audience of over 3,500 to crowd source the research.

With some great feedback, and more specific questions, Dr Hogan, Nina’s mentor from Oxford University describes how an interesting picture started to take shape from the behaviour exhibited.

“Facebook is becoming one of the de facto ways that we present ourselves to friends and family.  This photo has become the new calling card, the first point of contact, so (it) is important for understanding what it is we want to show off to each other online”

One of the most stand out points from the fan page respondents, was that men were 50% more likely to retouch their Facebook profile pictures.   Other snippets include:

If Nina were to win the competition, she would be given the opportunity to turn it into a larger scale research project according to the BBC.

If you’re in the UK, you’ll be able to listen to Nina and Dr Hogan talk more extensively about the research at 9:00pm tonight (13 September).

Read next: The New York Times and NYU team up for hyper-local blog