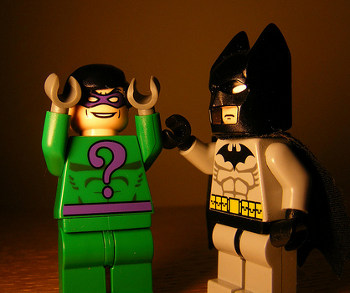 A few months back we brought you the sorry tale of the man whose joke “bomb threat” tweet saw him arrested and charged by the police.

Frustrated by poor weather closing his local airport in January, he tweeted “Robin Hood airport is closed. You’ve got a week and a bit to get your shit together, otherwise I’m blowing the airport sky high!” Police didn’t see the funny side and charged him with ““sending by a public communications network a message that was grossly offensive or of an indecent, obscene or menacing character”.

Things haven’t got any better for Paul Chambers since then. Today, The Guardian reports,  he was found guilty of the offence and fined a total of £1000 for the offence. That wasn’t all – the public gallery reportedly “convulsed” with laughter as other offensive tweets that Chambers had published were read out in court. Embarrassing for sure, but not as bad as the fact that he also lost is job following his arrest earlier this year.

This whole episode stems from an inability for police and the courts to grasp social media’s nuances. While the exact words of the offending tweet could quite rightly land someone in court if they were uttered over the phone, a the Twitter-verse is a multifaceted landscape and context is everything. Besides, you’d have to be pretty stupid to send a bomb threat over Twitter with no guarantee that the airport would read it.

Still, the whole story is a worthwhile reminder that you  never know who’s going to read your tweets, or how they’re going to interpret them.