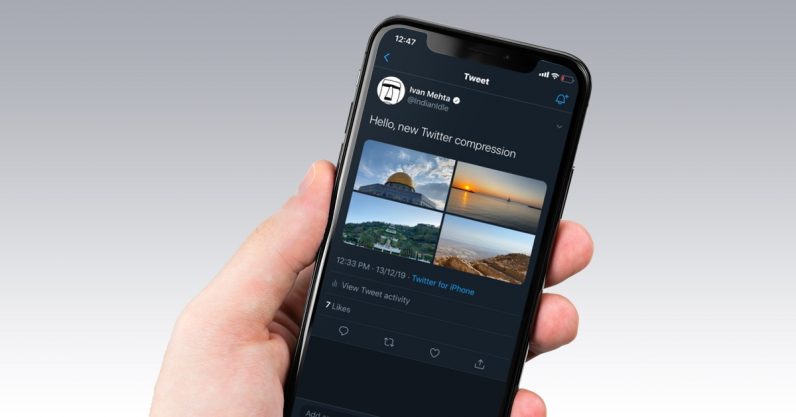 Twitter is an addictive site, and I spend way too much time on it. One of my major gripes about Twitter has to do with the way it handles media uploads. Your photos and videos lose a ton of details and quality when you share them on the social network – a result of compression to make this content load faster on web and mobile devices.

The company is finally changing that. Going forward, the site will preserve the quality of your photos in JPEG format. Nolan O’Brien, a software engineer working at Twitter, revealed the updated functionality.

Starting today, Twitter will preserve JPEGs as they are encoded for upload on Twitter for Web. (Caveat, cannot have EXIF orientation)

For example: the attached photo is actually a guetzli encoded JPEG at 97% quality with no chroma subsampling.https://t.co/1u37vTopkY pic.twitter.com/Eyq67nfM0E

Don’t jump with joy just yet. There are plenty of caveats to the preservation of the quality including the size and resolution of the photo. Here’s the full list of conditions for an image to retain its original quality on Twitter for the web:

This development won’t be too beneficial if you’re trying to show off your photography skills by uploading full-size high-res images from your DSLR. But it’s still useful for folks who mostly use their phones to capture the world around them.

O’Brien also said this feature will be rolling out to pictures for your avatars next year. Time to snap some pretty profile pictures.