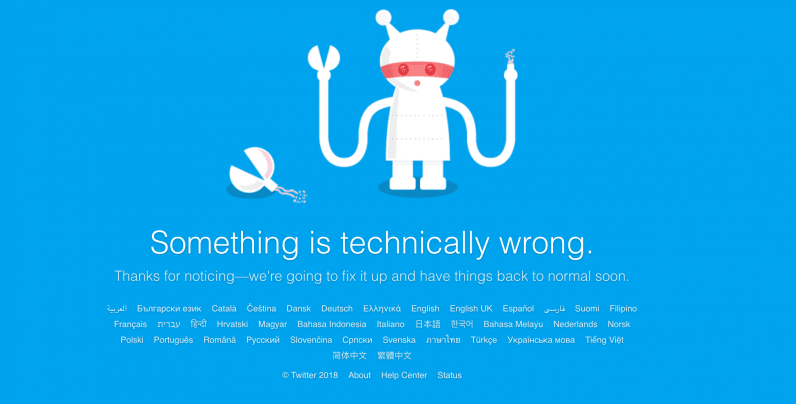 You might have to keep your opinions to yourself for the time being: Twitter is down for many users worldwide.

It remains unclear what is causing the issue, but numerous users in the US East Coast, Central Europe and Japan are reporting experiencing intermittent server downtime, according to data from DownDetector. There are currently more than 800 filed complaints from users.

The micro-blogging service has yet to respond to the complaints from its official channels. Its status page continues to say that all systems are “operational.” But this is clearly not the case.

We have been able to confirm the platform is indeed experiencing technical difficulties. While Twitter remained functional for some TNW staffers, others were unable to check their notifications.

Update:  It seems Twitter is back up and running.

Read next: TNW's Big Spam: And the Pulitzer for the best newsletter goes to…