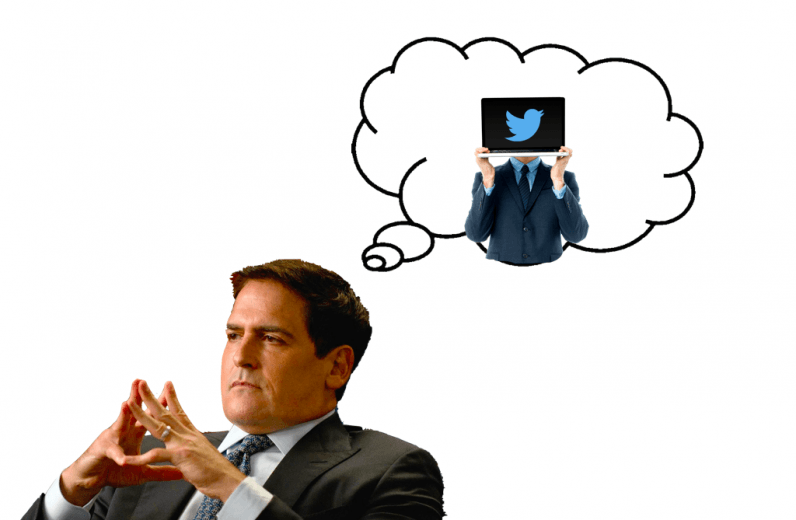 How do you fix a problem like Twitter? Over the weekend, legendary investor Mark Cuban suggested the site take more aggressive action to confirm the identities of its users in order to address the scourge of abusive and fake accounts.

It's time for @twitter to confirm a real name and real person behind every account, and for @facebook to to get far more stringent on the same. I don't care what the user name is. But there needs to be a single human behind every individual account .

In a subsequent post, Cuban lamented how Twitter had changed and people could no longer talk frankly about their political beliefs without facing an angry backlash. “The twitter of 2018 is not the twitter of 2011,” he said.

Cuban tried to make a business case for Twitter taking a step further, and bringing an end to pseudonymity on the platform — or at least curtailing it drastically. Mentioning Jack directly, he argued that by banning bots and “accounts individuals won’t put their real names behind,” Twitter will feel like a safer, less hostile place.

Dear @jack , if @twitter were to eliminate bots and accounts individuals won't put their real names behind, your revenues and user base and usage would skyrocket as a result of users and advertisers feeling safer on the platform https://t.co/Opo8hYiLfk

He believes that this would attract new users (Twitter’s user growth has essentially flatlined), and would make the service more appealing to advertisers.

Twitter is a mess. At first, it was used for short, personal messages. People would talk about what they had for dinner, or the latest ‘tweetup’ they’d been to.

At the start of the decade, Twitter grew faster than anyone could have predicted, and it firmly entered the world of mainstream social media, alongside Facebook and YouTube.

This is where many feel the site fundamentally screwed up. Twitter’s moderation efforts just didn’t keep pace with the explosive growth of the site, and abusive behavior went virtually unchecked.

Cuban’s argument is one we’ve all heard before. If Twitter makes everyone associate their account with their real-life identity, maybe people will act better. And if Twitter can immediately determine if an account is from a legitimate individual, it will be easier for the site to take action against bot accounts and other bad actors.

There are a few issues with his argument, though. Firstly, some people choose to be anonymous for very good reasons. Think about closeted LGBT individuals who may not be in a position to be open about their identities. The anonymity Twitter offers means they have an avenue for personal expression, while remaining anonymous.

There are some lessons to learn here. Facebook’s so-called real-name policy was criticized for malignly impacting some in the LGBT community who wanted to keep their identities private. After being feircely criticized, in 2015 Facebook backtracked somewhat, and allowed those with “special circumstances” to use a pseudonym.

For what it’s worth, Cuban later clarified that “pseudonymous speech would be effective for 99pct [sic] of users and still be available.” He suggested a kind-of monitored sandbox for anonymous users, that would be “monitored by human rights and support organizations,” although didn’t really go into much detail beyond that.

Twitter could create a sandbox that is exclusive and separate to anonymous tweeters that is monitored by human rights and support organizations. No one trying to protect themselves should feel or be endangered. https://t.co/rXl64cnkZt

There’s another issue. If people have to verify their identities with Twitter, it could potentially be through a government-issued photo ID (as some verified users have to do), or through other some other means, like a credit check.

I don’t know about you, but I’m not happy about Twitter (potentially) having this level of information on me. Do I want to send a copy of my passport to the place where I whinge about publicists and make dumb jokes? Not really.

It’s nothing personal Twitter, but if a major financial institution like Equifax can’t be trusted, nobody can.

So, there are no easy solutions here. Cuban is right about one thing: Twitter can be a hostile place, and this is deterring a lot of users from actually using the site. Solving it would require a lot of effort. Twitter would have to tread carefully, in order to assuage accusations that the site is trampling on freedom of speech.

In many respects, Twitter is between a rock and a hard place. If it fails to act, it’s accused of siding with the bullies. If it acts, it’s accused of knee-jerk authoritarianism. But in the meantime, @jack is fiddling while Twitter burns,

Read next: Join the cybersecurity ranks as an ethical hacker for under $20