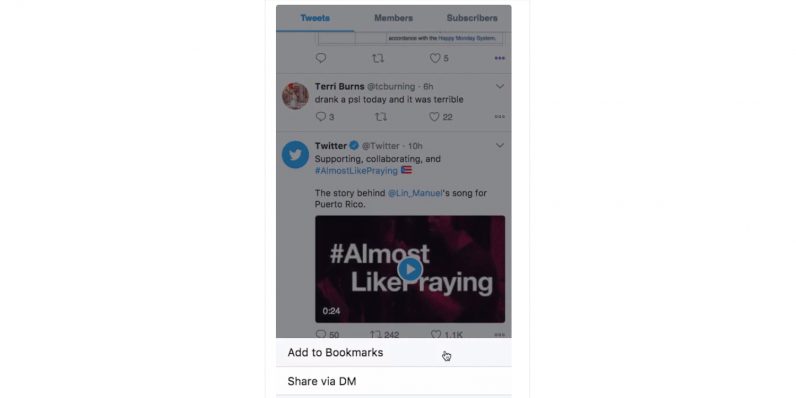 Twitter is working on a bookmarking button so you can save tweets to read later, for posterity or whatever else – without having to ‘heart’ it, reports BuzzFeed News.

That’ll certainly come in handy, especially for the scores of users (myself included) who enjoy using Twitter to discover interesting content. In addition to the bookmarking button, there’ll also be a dedicated section within the app to help you go through your saved items.

For Hack Week @Twitter we started developing #SaveForLater. Here’s the early prototype that we put together in a week, which is likely to change. pic.twitter.com/c5LekvVF3l

Twitter product manager Jesar Shah implied that this save feature will be private, which likely means that users whose tweets you bookmark won’t be notified of the action. So hopefully, you can keep all your read-later habits to yourself, without having to indicate endorsement of any sort with the heart button that people often use to save tweets.

It’s worth noting that you can already save things for later with third-party services like Pocket, both in Twitter’s web and mobile apps. Of course, that’s not a perfect solution because it means having to sign up for an account with yet another company. So yeah, I’m looking forward to this feature.

Twitter recently expanded its character limit from 140 to 280 for some users; it also added a dark theme that’s easier on the eyes, and is working on a feature to let you tweetstorm (publish a chain of connected tweets) easily. Still no word on editing tweets, though.

Read next: Purism is one step closer to launching its privacy-focused phones