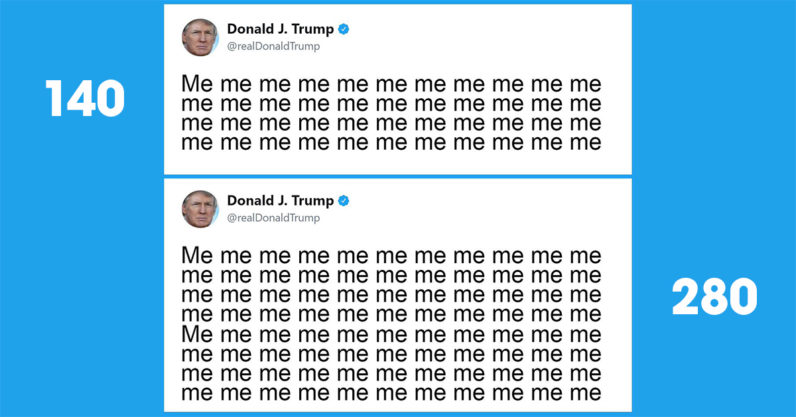 Do you find the new 280-character limit on Twitter annoying and excessive? Good news: first, you’re not alone, and second, there’s already a Chrome extension for you.

Block280 does just what it says: collapses any tweet longer than 140 characters so you don’t have to read them. You can tap to reopen them if you change your mind.

Conor Browne, the creator of the app, said on the extension’s Product Hunt page that he was inspired by complaints he saw online about the character limit. He’s also the person behind the Pokemon NO! extension that blocked mention of pocket monsters during the height of the “Pokemon GO” craze, and a Game of Thrones blocker which has similar effects — quite the curmudgeon’s corner (says a curmudgeon appreciatively).

Confusingly, one review of the extension on PH called it “immature and petty at best, and pathological at worst.” The reviewer went on to say:

Okay you web development geniuses out there: make a browser extension for long tweeters, which automatically blocks anyone nursing on this Block280 pacifier, when their binky gets in the way of a long tweet.

I honestly had no idea anyone felt that strongly about 280 tweets one way or another. I thought this was just a solution for those who don’t want to completely clutter up their feed, not an offense against more long-winded Twitter denizens.

Read next: Ticket touting and fraud is soaring. Blockchain might be the fix