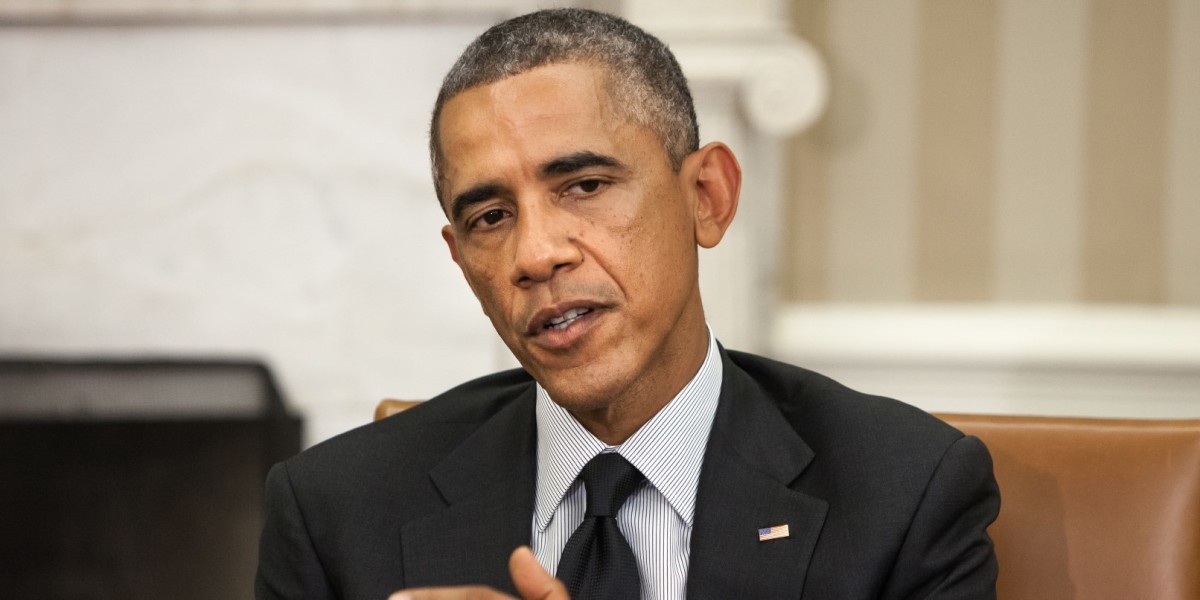 "No one is born hating another person because of the color of his skin or his background or his religion…" pic.twitter.com/InZ58zkoAm

The tweet was made in response to the tragic events in Charlottesville, Virginia, which left three people dead. It shows a picture of Obama greeting several children of different ethnicities, along with a quote (the first in a series of three) from Nelson Mandela’s biography. At the time of writing, it’s received over 3.4 million likes.

With this tweet, Obama now holds over half of the positions on the list of the top five — indeed, the top ten — most-liked tweets.

The former title-holder was Ariana Grande’s “broken” tweet, made in response to the Manchester bombing. It sucks terribly that two out of the top three most-liked tweets were made in response to awful events, but it might say more about the ability of Twitter users to find consensus in the face of adversity.

Read next: You can now ask Google Maps questions with new Q&A feature