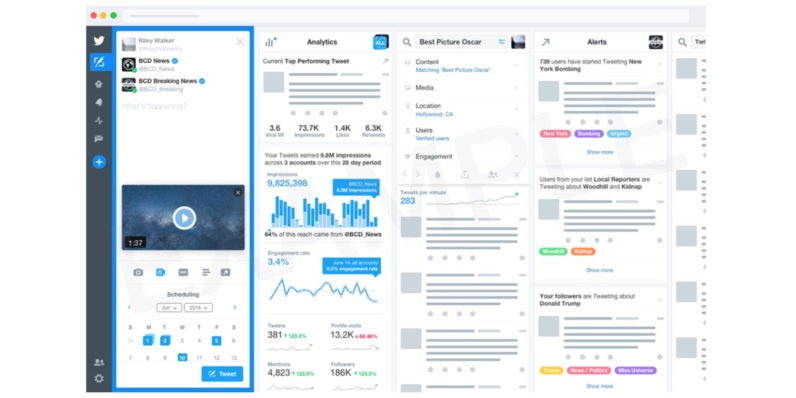 In the search for a new revenue stream, Twitter is asking users in a survey whether they’d be willing to pay for premium features like analytics, timely news alerts, and tools for composing posts in TweetDeck, an advanced app that’s designed for following multiple streams on the platform.

Twitter told The Verge that it hasn’t yet begun building the new version of the app – which it acquired for $40 million in 2011 – but is presently talking to some users to gauge their interest in an offering like that:

We’re conducting this survey to assess the interest in a new, more enhanced version of Tweetdeck. We regularly conduct user research to gather feedback about people’s Twitter experience and to better inform our product investment decisions, and we’re exploring several ways to make Tweetdeck even more valuable for professionals.

TweetDeck is currently free and lets you add as many columns to its interface as you like to view your notifications, other’s timelines, and tweets with specific hashtags or keywords all on one screen. You can see a mockup of what the advanced interface might look like above.

Those power features will likely appeal to marketers looking for trends among consumers, journalists who need to keep an eye on breaking news, and analysts tracking conversations from around the world. Twitter’s standard experience will remain free.

It’ll be interesting to see if this comes to pass: Twitter does have plenty of data that people can utilize to inform their work, and it could even look at offering features that build on that wealth of information for sports fans and livestreamers.

Would you consider paying for advanced features in Twitter? Let us know in the comments.

H/T to Andrew Tavani for sharing a screenshot of the mockup in the image above.

Read next: 4-year-old uses Siri to save his mom's life