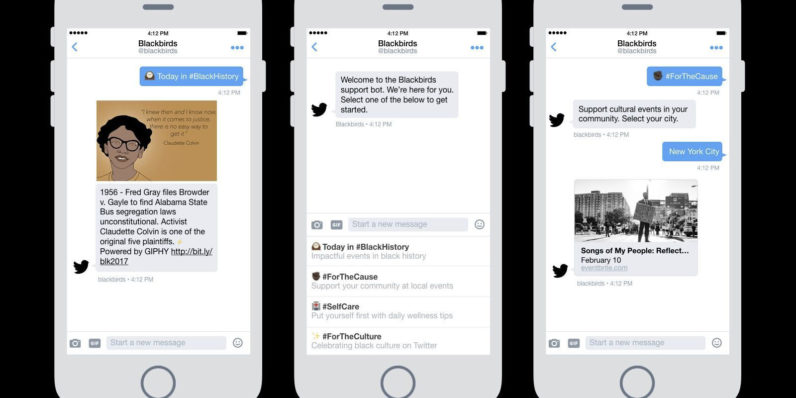 Introducing the #BlackHistoryMonth Chatbot: we're here for you! Explore black history by messaging us below. https://t.co/lpQy41TyAY

You can interact with the bot in a few ways by sending it a Direct Message. In Twitter’s own words:

The #ForTheCulture is Twitter’s primary theme for the celebration, meant to be an inclusive hashtag highlighting Black Americans past and present. Along with the bot, Twitter is also relaunching its emoji for #BlackHistoryMonth and #BHM. Meanwhile the company is also creating a mural in New York City.

When you open up a Direct Message conversation, you’ll have the option to select any of the four above options. Selecting #ForTheCause, for instance, will start a conversation helping you find related activities in your area:

It’s a pretty barebones level of interaction, mind you, but it’s enough to get people thinking about the cause, which is what really matters. If you want to educate yourself a bit, go ahead and send a DM to @Blackbirds.