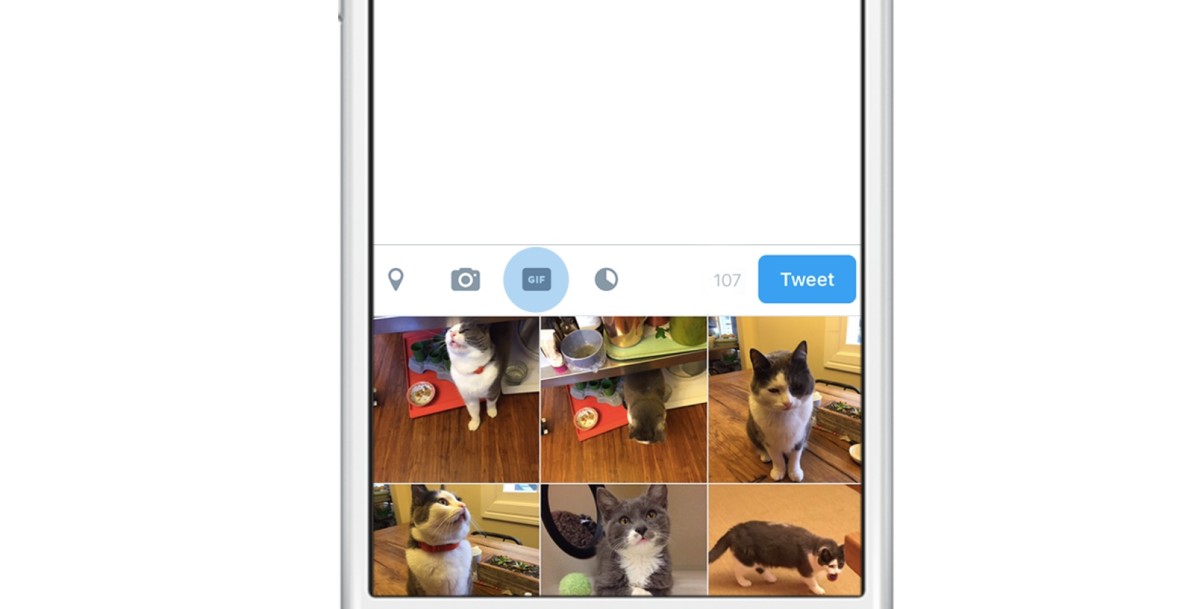 Two years after adding support for GIFs, Twitter is officially adding a button to help you add GIFs to your tweets or direct messages without ever leaving the compose window, and it’s almost exactly as rumored.

Via a partnership with Giphy and Riffsy, Twitter’s new GIF button sits right between the photo and polls options (in tweets; it’s just to the right of the photo button in DMs). Click on it, and a search option lets you find the perfect GIF to add to your tweet.

If you’re the indecisive type, the GIF option also has some popular categories surfaced for you.

Twitter says we shared over 100 million GIFs on the platform in 2015, so the button is a natural fit. The GIF button is rolling out on iOS, Android and twitter.com over the next few weeks.

Read next: What app developers can learn from games