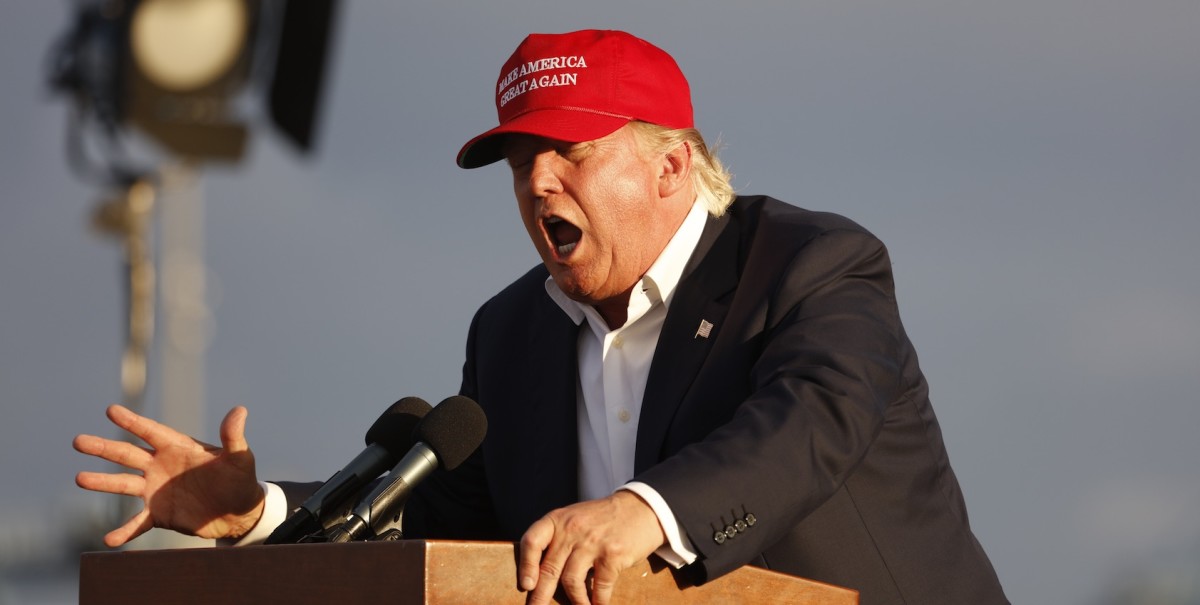 Donald Trump, the inspiration of internet memes such as Paint with Donald Trump and a 3D printed butt-plug found himself in hot water with T-Mobile US CEO John Legere. It all started after the UFC fight between Ronda Rousey and Holly Holm came to a surprising conclusion.

Glad to see that @RondaRousey lost her championship fight last night. Was soundly beaten – not a nice person!

Legere, clearly a Ronda fan, felt the need to stick up for the defeated fighter.

.@realDonaldTrump @RondaRousey Donald I dare you to get in ring with her and say that… In fact I would pay big $ to see it #RhondaRousey — John Legere (@JohnLegere) November 16, 2015

.@realDonaldTrump @RondaRousey I wonder which intern will get blamed for this stupid tweet #trumpinternblame

Trump, never one for turning down a spat on the social network came back with:

And then Legere went to town.

.@MattJohnsonMBA @realDonaldTrump I am an undecided Republican… Well not totally undecided, I know what I don’t want :)

With Trump’s 4.88 and Legere’s 1.81 million Twitter followers, it was probably one of the most public flame wars we’ve seen in quite a while.

Trump’s seemingly impenetrable public persona seems to come out relatively unscathed from the encounter, seeing a huge bump in his Twitter reach in the last 24 hours, according to Simply Measured.

Legere on the other hand brought a whole world of trolling pain to his door.

Read next: Facebook Messenger's paid stickers are a pain to use