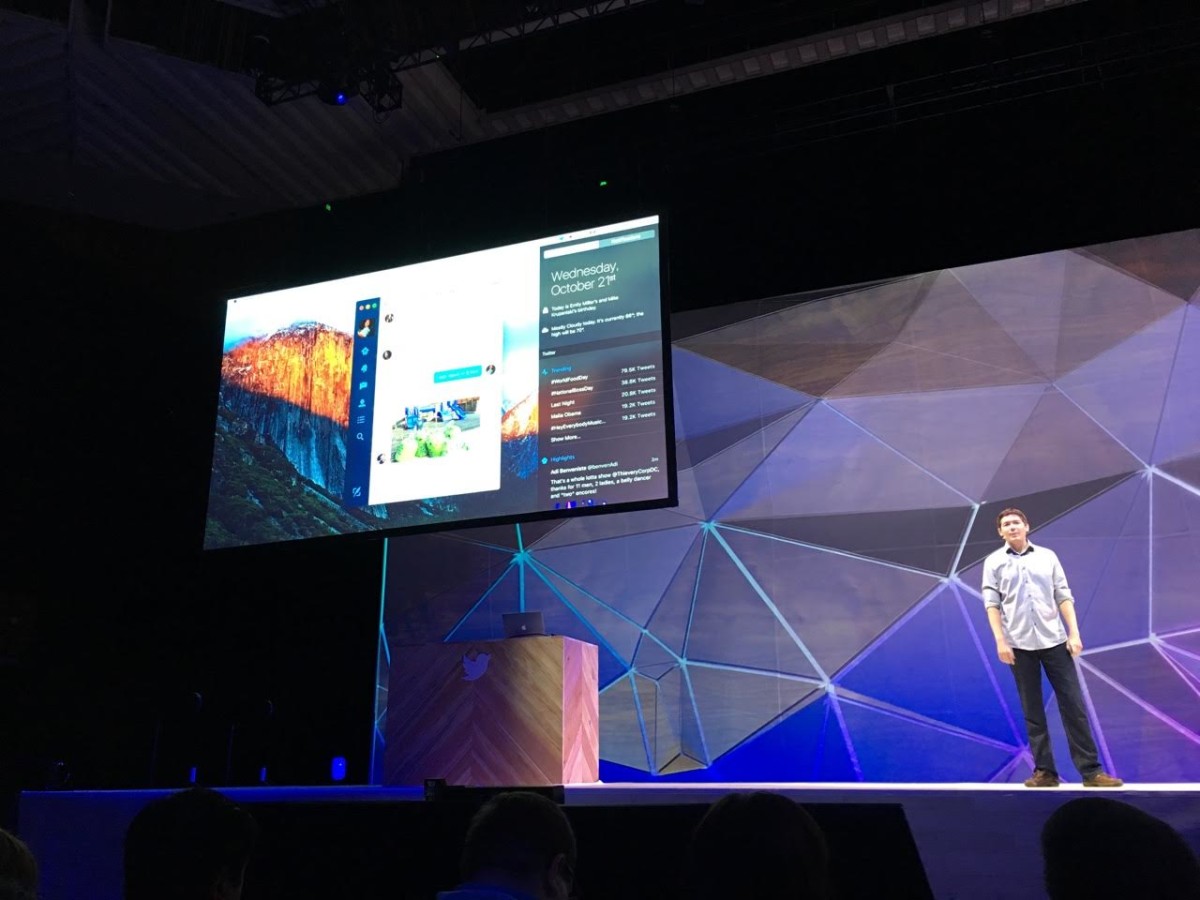 Twitter is making plenty of announcements today at Flight 2015, but dropped a little nugget for Mac fans.

Announced by Twitter’s Senior Director of Product Jeff Seibert, the app update didn’t get an exact roll-out date (Seibert promised later this year) but finally it seems Twitter will be usable on the desktop.