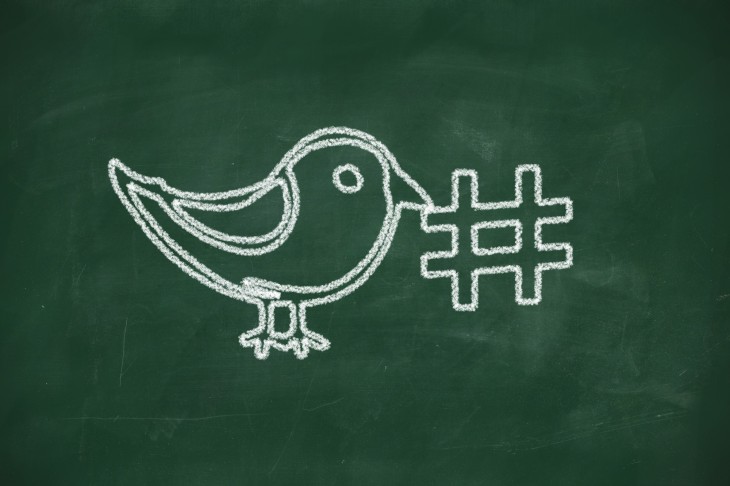 It never started out this way. Chris Messina asked his burgeoning Twitter followers in 2007 if they thought using # would be a good idea to group topics under one tag.

Two years later, Twitter thought his suggestion was so good it hyperlinked the humble # symbol to help us navigate the sea of information the social network produces to find content.

In 2009, it became a way for digital savvy Iranians to talk to others and organise during protests surrounding the alleged rigging of the presidential election.

But out of lightness, must come dark. Terrorist groups across the world have been drawn to Twitter’s relative anonymity and relaxed policing compared to other networks, developing a particular penchant for the hashtag.

In 2011, Al Shabaab, a terrorist organization in Somalia that formally merged with Al Qaeda in February 2012, began tweeting. During the escalation in violence between Israel and Hamas in Gaza in November 2012, Twitter exchanges between Hamas’s Izzedine al-Qassam Brigades and the Israel Defense Forces were widely reported by international media outlets.

Even FARC, Columbia’s narco-terrorist organisation has more than 30,000 followers on Twitter.

However, none of the above have managed to manipulate the hashtag as well as the Islamic State (IS). Unlike user profiles, which Twitter routinely deletes, it doesn’t patrol the hashtag in quite the same manner.

Current estimates suggest as many as 15,000 foreign fighters have joined IS, with social networking forming the key part of the recruitment campaign.

Over the years, IS has maintained Twitter accounts for several of its official media outlets. Al-Hayat media, Al-Medrar, Platform Media and Al-Battar media, which has English and Arabic feeds tweeting about news, graphics, official statements, and videos.

But because of Twitter’s renewed vigour at targeting the group’s official channels, it has slipped quietly into the anonymous world of the hashtag.

The Quilliam Foundation, a British think-tank recently analysed IS’s covert output over the past 10 months. What they found was a media operation far more nuanced and complicated than they first imagined.

By using hashtags, IS “removes the need for self-advertising centralised accounts, thus making it an ideal place for violent extremist to operate. Despite the formidable obstacles that Twitter’s administrators now present them with, Islamic State’s propaganda productivity and rate of dissemination has continued to accelerate,” says the report.

Since the summer of 2014, the Islamic State has stopped creating ‘official’ accounts on Twitter because of the ease in which they can be identified and subsequently banned.

The power of the hashtag is in its ability to hide in plain sight. By using organically defined tags that can change if detected, it has allowed the group to maintain a sustained presence on Twitter without arousing suspicion. The group then relies on Twitter’s mechanics to help spread the word.

IS’s audience shoulders the burden of disseminating the information ever further, making it an almost impossible task to police how the information travels or who created it. If a profile is found and closed, another can be opened within seconds.

The report found there was no single account responsible for introducing IS’s propaganda online, with some acting as mere conduits for information to pass, and others an archive for content to remain online.

The report’s analysis found that IS propaganda using the hashtag goes beyond merely broadcasting the group’s brutality. Tweets have shifted away from beheadings towards creating a narrative of victimhood, war, utopia and even mercy under IS.

While the group maintains an image of death and destruction to Western news outlets, its use of hashtags has evolved into a recruitment campaign in the Middle East. Photos of fighters relaxing with each other, drinking tea and even dancing have emerged, illustrating a change in the media strategy of the organisation.

More than half of all the messages disseminated were focused around the idea of ‘utopia’. IS is consolidating its territory spread over Iraq and Syria and is trying to portray a message that this is the only place on earth where Muslims can be truly free. It’s a powerful message to the disaffected in neighbouring Lebanon, Turkey and further afield.

The report concludes that while IS are not the first group to have implemented this strategy they are far the most sophisticated.

As America, its allies and Russia step up their military campaigns against IS, the group may turn away from social media as it begins to collapse under the strain. But while IS may disappear, the blueprint it leaves behind will be copied, evolved and expanded upon by future groups looking to use Twitter as a way to broadcast its message across the world.

The hashtag will never be the same again.

Read next: I’m addicted to loadingicons