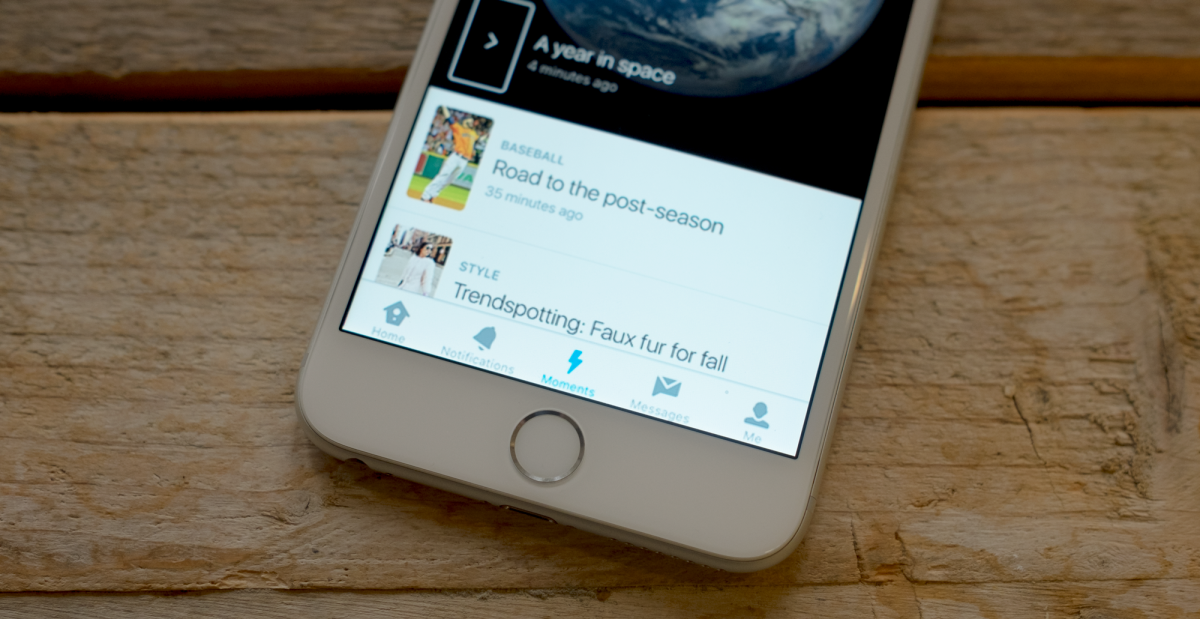 Moments is a new button in the official app that provides a way to follow along with TV shows, sports, news and other events with a curated experience.

When you click into a moment, you’ll start seeing a full-screen experience that combines tweets, videos, Vines and GIFs into a single view.

Each moment is a curated view of an event from a variety people so you can experience it without needing to follow individual accounts.

It means you can — for the first time — experience an event unfolding in both real time and after it’s finished as they’re captured for experiencing it as it unfolded at any time.

Each Moment shows you the length at the bottom of the screen, so you know how much further to go before reaching the end, and you can share the whole thing in a tweet when you get the end.

Instead of forcing you to follow individual people for events like a baseball game, a new follow button will appear which adds relevant tweets to your main timeline as the event unfolds.

At the end, they’ll disappear completely — you won’t be forced to receive them again in the future.

Moments are launching for everyone on Android, iPhone and the desktop today.

In the meantime, you can see a Moment on Twitter Web right here.

Update: Twitter says in its notes that Moments are only available in the US at launch, which is disappointing, considering how global the service is supposed to be. You can view them outside the US if you find a Moments link.

Read next: Yandex continues its push onto Android with a Launcher for low-end smartphones