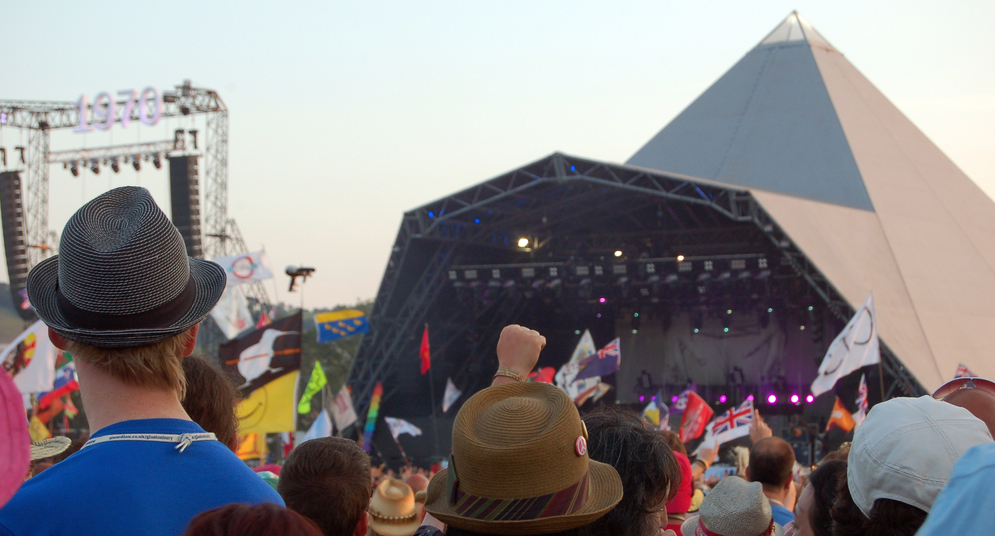 The Glastonbury Festival took place this weekend. Twitter users responded predominantly by arguing about the merits of Kanye West and retweeting a fake poll that claimed to reveal most of the attendees voted Conservative in the recent UK election.

The graphic, which at first glance appeared to be from The Guardian, was actually the creation of a 25-year-old Irishman, who tweets as @PrayForPatrick. Here’s his original tweet from June 26:

reminder that the glastonbury is officially probably the most tory place in the world right now pic.twitter.com/GCWz27Lo4r

He later tweeted a good explanation of why he made the image in the first place:

before you ask, yes, i was indeed trying to make a point about the willingness of people to accept the results of small sample opinion polls

Even if you swallowed the notion that an unclear sample made up of 1,000 attendees at a 175,000 capacity event (135,000 of whom were ticket holders) was valid, there was no indication of how the mystery poll was conducted. Oh, and that’s not The Guardian’s font of choice, which is the costly Guardian Egyptian.

sorry i didn't spend 300 quid to get the proper guardian font mate!

So how did Patrick’s work take flight? In the early hours of the next day, it popped up – stripped of its original context– on the Vote 2012 forum, a fairly obscure message board for political obsessives.

By the time UK Twitter started to wake up on Saturday morning, the graphic was being posted all over the place, attached to new tweets that made no mention of PrayForPatrick. His point was being proved.

It was debunked by a number of Guardian staff including tech reporter Alex Hern and Alberto Nardelli, the paper’s data editor, who really would know:

No, The Guardian Did Not Do A Poll That Found That Glastonbury Is Tory

The Guardian election poll at #Glastonbury is a hoax. You can tell from the headline, as our style is general election, not General Election

And yet, today it’s still being tweeted as fact and has even dragged at least two high profile flies into its web of lies – Polly Toynbee, a well-known Guardian columnist, and Michael White, a political writer and one of the paper’s assistant editors. I’ve included those tweets as images as I suspect they might well be deleted:

Guardian writers weren’t the only credulous hacks repeating the made up figures as fact. The Daily Telegraph’s music critic Neil McCormick referenced them in a review. Curiously, the piece isn’t online. I wonder why?

Now THIS is an opinion poll finding I struggle to believe…. #Glastonbury pic.twitter.com/zK9CGaNlwS

How did these veteran journalists fail to check an implausible graphic connected to the organization they work for? Perhaps because for them, like so many other people on Twitter, it played into their prejudices.

And inevitably, some people will tell you the graphic was speaking the truth:

By the way, I do know Mika was joking.

Read next: YouTube Newswire from Storyful and Google aims to weed out hoaxes

Read next: Tuesday has one extra second and that could be dangerous for the internet