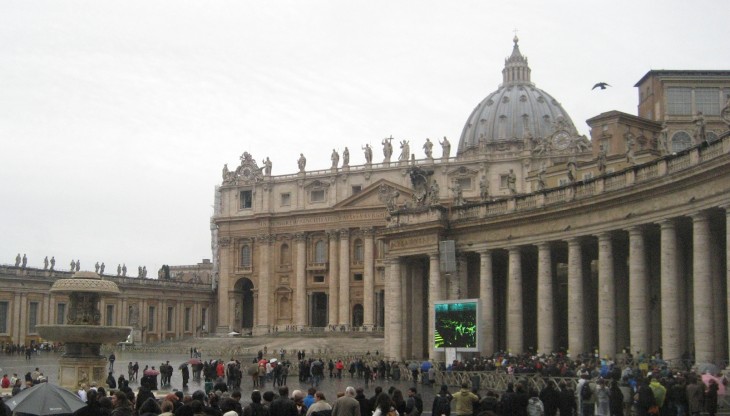 Well, we all knew it was coming but the Pope’s Twitter account is finally live, and will be using the @pontifex handle.

While the account has yet to broadcast its first Papal tweet, from the accounts that it’s following, we can see that there will be an additional six language-specific accounts for the Pope, for German, Spanish, Portuguese, Polish, Italian and Arabic.

It has been known for a while that the Pope would officially be coming to Twitter at some point this year, but there has been some debate around what handle would be used, for example this one, but it seems the mystery around the account identity has now been solved.

The Vatican isn’t a stranger to the microblogging network, since it has a range of Twitter presences — including verified account @news_va_eng — which was established last year when it launched an online news site to keep the world’s billion-plus Catholics up to date online

Pope Benedict is known to write items by hand rather than on computers or other digital devices, so it seems unlikely that he will actually be involved in pushing the button, or even formulating the tweets himself.

Anyway, we’ll be keeping an eye on the account as we await his first tweets of wisdom on December 12.

Read next: Pocket partners with Matter, brings deep journalism to its read-it-later platform