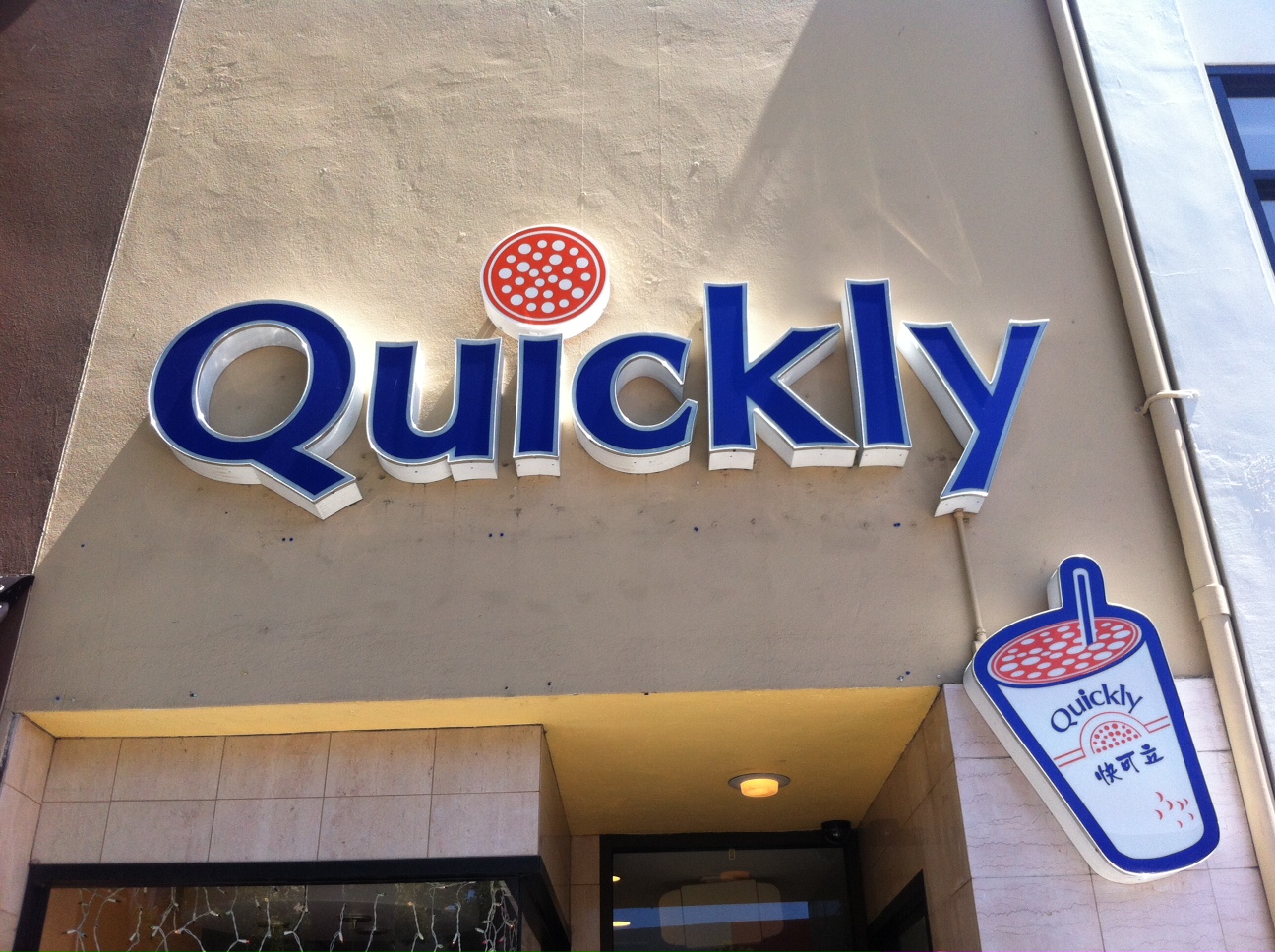 I’ve been having some fun digging through the history of Twitter using the service “oldtweets”, which lets you search through the first year’s worth of tweets for any user you like.

Jack Dorsey was really into bubble tea in the early days of Twitter. So much so, that he even tweeted (which wasn’t even a word at the time) that the service (called Twttr at the time) should possibly adopt another name:

After thinking out loud, Jack thought about it some more and tweeted again:

thinking we would get sued by Quickly! International Bubble Tea superstars. Quickly!

I visited a Quickly shop today in San Mateo and snapped the picture you see up top.

Can you imagine our beloved Twitter being named Quickly? I don’t even know what the version of “tweet” would be for a service named that. A “Quick”? “I quicked 30 times today.” Yikes. Thanks for sticking with Twitter, Jack.

Read next: Here's how to easily import your Spool bookmarks into Pocket