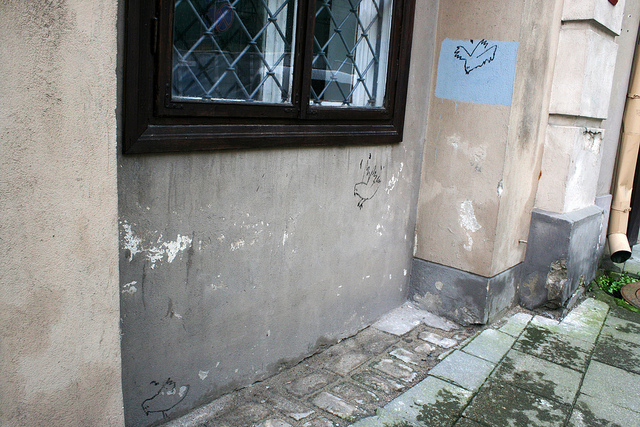 As you probably know, Twitter has been down and then up, and then down again throughout the day. Without a doubt, Twitter has become an important communication channel for the Internet. In fact, I didn’t know about the fire at Pier 29 in San Francisco until I saw a tweet. The same person even published a photo from less than a block away.

Since launching in 2006, the company has spent all of its efforts proving the fact that it can “change the world.” With great power comes great responsibility, and I feel like the company has let us down today. You might think that I sound like a crack fiend trying to get his fix, but hear me out on this one.

For a lot of people, Twitter has replaced texting and email. When Gmail goes down, which is rare, it’s a pretty big deal. If AT&T has so much of a twinge of issues in a big metropolitan area, it’s gigantic news. Twitter is going through problems today and all the company can muster to say is:

Update: The issue is on-going and engineers are working to resolve it.

What’s the problem here, exactly? The company has raised a whopping $45.2M to date, and while money doesn’t mean everything, it surely equates to resources. Simply put, Twitter has access to all of the resources, technical and otherwise, in the world. Yet, issues like today happen, and communication about those issues seem too light for how heavy it really is.

In case you’ve forgotten, Apple saw Twitter as an amazing way to communicate with people, so it embedded the service deeply within its mobile operating system. In fact, Twitter is also embedded into its upcoming OS, Mountain Lion.

Needless to say, Apple can’t be happy about a huge feature of iOS being broken, fixed and then broken again. Twitter isn’t a fad, it’s not a social network – it’s a disruptive utility. For now.

While Facebook will make its debut in iOS 6 alongside Twitter, the service has proved way more reliable to date. Is Apple trying to double down in case of a Twitter failure, or is it simply offering its users all of the best options. I thought the latter until today, and to be honest I’m not so sure Apple can say without a shadow of a doubt that Twitter can remain a powerful utility.

Communication is key when it comes to any type of business or service that people rely on. I sincerely hope that Twitter will offer an explanation of some sort, coming from a very high level, if not the top. Status updates on a Tumblr blog just doesn’t do it for me, and users should expect more.

I know from experience that running a service that is relied on is nothing short of stressful and challenging. What I’m saying is that I find it very curious that a service that Apple has basically “blessed” can go down for over an hour, and then go back up and down during the hours after.

UPDATE: Here’s a little more detail on the issue:

Today’s outage is due to a cascaded bug in one of our infrastructure components. We’ll provide updated information soon.

Read next: Nearly 40% of libraries will let you check out an e-reader, as ebook penetration soars