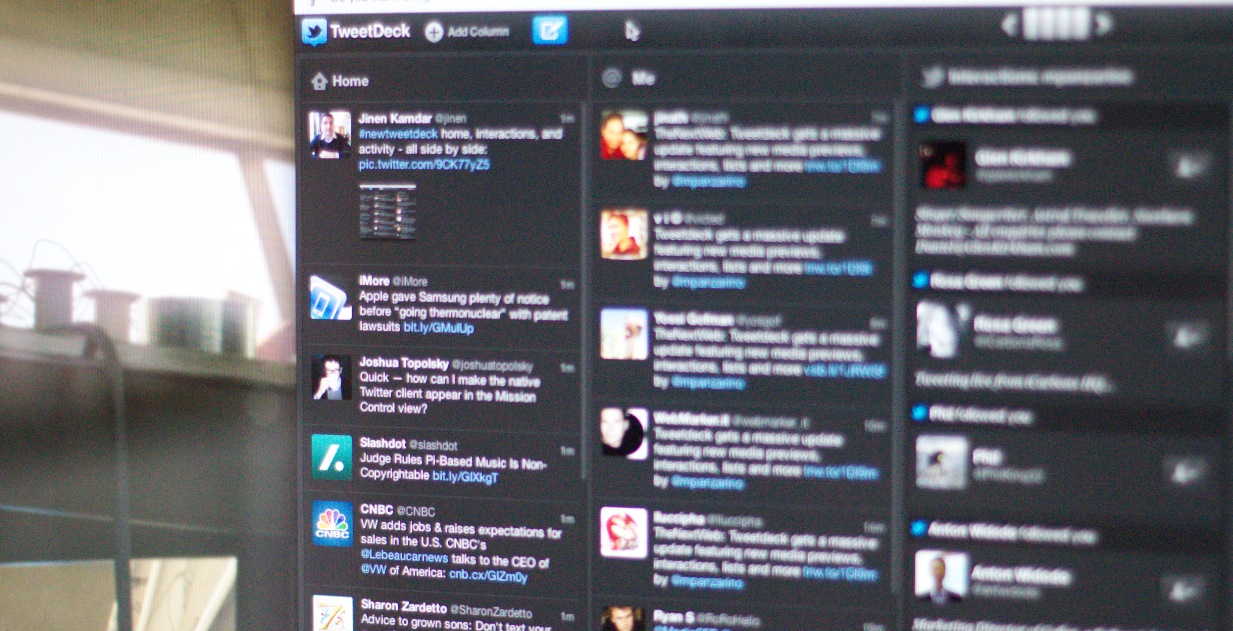 Tweetdeck for Mac, Windows and Chrome has received a huge upgrade today, getting a bunch of features that bring it in line with Twitters official clients. The upgrade looks to be a major enhancement to Tweetdeck’s functionality, bringing a lot of features that it was lacking and tweaking its feature set to more closely align with Twitter’s goals for the future of its service.

The Tweetdeck team outlines many of the changes to the client in a demonstration video:

The new features include list management, allowing you to create, edit and delete lists right from the app and placing a ‘Lists’ button in the toolbar. The addition of list management options to every user’s profile also allows you to add them to a list immediately as you follow them, which should make keeping your lists up to date much easier.

The new Twitter clients for iOS and Android introduced an ‘interactions’ section which showed all of the various ways that you were interacting with your Twitter followers and vice versa. The new Tweetdeck update also adds this feature with the ‘Interactions’ column.

The update also tweaks the way that Tweetdeck handles RT’s, bringing back the classic RT @username function and replacing the old ‘quote’ RT with an ‘Edit and RT’ button that lets you add your own flair to the tweet before sending.

You can grab the update on Windows by restarting Tweetdeck, on the Mac App Store or by restarting Chrome. The web version of Tweetdeck now also sports the new features.

Read next: Chrome on top for a day? Microsoft intimates that it never happened